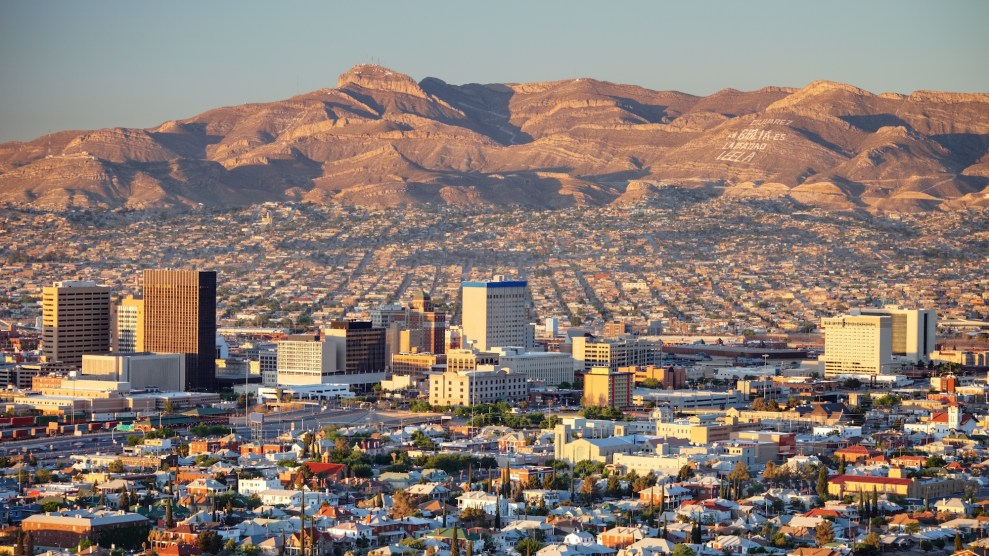 President Donald Trump used his State of the Union address on Tuesday to repeat the made-up claim that border barriers “immediately” saved El Paso from being one of America’s most dangerous cities. On Wednesday, Trump’s reelection campaign announced that he will double down on the lie by holding a rally on Monday at the El Paso County Coliseum.

Local officials have not been pleased with Trump’s interest in their city. “What he’s saying and doing is extremely insulting,” says Peter Svarzbein, one of El Paso’s eight district representatives. He adds that Trump’s message is also damaging to El Paso’s economy at a time when the city is trying to attract professionals and students.

Alexsandra Annello, another district representative, says it was disappointing to hear Trump continuing to mislead Americans. “El Paso has been a diverse, binational, bilingual community,” she says. “And it has been safe long before the fence was put up.”

Trump’s claim that El Paso went from being one of America’s most dangerous cities to one of its safest because of a border fence is entirely false. El Paso’s violent crime rate peaked in 1993 and fell by more than a third by 2006. The El Paso Times reported in January, “From 2006 to 2011—two years before the fence was built to two years after—the violent crime rate in El Paso increased by 17 percent.” El Paso is now one of the safest cities in America.

After Trump’s speech, El Paso County Sheriff Richard Wiles, a Democrat, said in a statement, “It is sad to hear President Trump state falsehoods about El Paso, Texas in an attempt to justify the building of a 2,000-mile wall…El Paso was a safe city long before any wall was built.” Rep. Veronica Escobar, the Democrat who replaced Beto O’Rourke in Congress, called Trump’s El Paso reference a “sucker punch” in an interview with the El Paso Times.

El Paso’s Republican mayor Dee Margo tweeted that “El Paso was NEVER one of the MOST dangerous cities in the US” but called Trump’s upcoming visit “a positive” on Wednesday.

Svarzbein lamented that if Trump actually came to El Paso with an open mind, he would see the benefits of a free exchange of people and ideas across the border, between El Paso and the Mexican city of Ciudad Juárez. “You constantly have people from outside of this city and this region that don’t understand those dynamics,” Svarzbein says. “They don’t understand that the border is a blessing.”

He says, “I really wish this president would come here to see how these two cities thrive with each other, not in spite of but because of our relationships.”