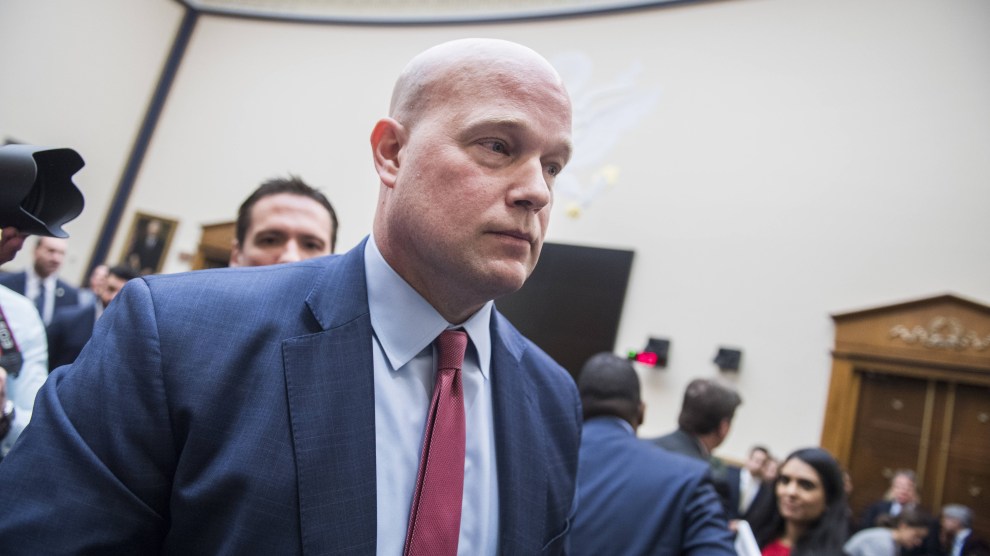 Testifying on Friday before the House Judiciary Committee, acting Attorney General Matt Whitaker replied to a question by the panel’s chair, Rep. Jerry Nadler (D-N.Y.), with a response that stunned the room and drew audible gasps.

As the temporary head of the Justice Department, Whitaker now oversees Robert Mueller’s probe into possible collusion between the Trump campaign and Russia. Given his critical comments about the Mueller probe before joining the DOJ—he called the investigation a “witch-hunt” in one op-ed—Democrats have been eager to question him about his views on the inquiry and any actions he’s taken in connection with it since taking the helm of the agency.

But when Nadler tried to ask Whitaker whether he had ever been asked to approve any of Mueller’s actions, the interim AG declined to answer, telling the committee chair that his allotted five minutes were up.

oh dude, mr acting, that was not a smart move pic.twitter.com/ug8oKnSGfN

In addition to the uproar at the hearing, journalists who cover Congress, including CNN’s Phil Mattingly, were gobsmacked by Whitaker’s chutzpah:

i've watched an awful lot of hearings in my 12 years here and i'm…pretty sure i've never seen that before… https://t.co/jTnpS2HjP0

Whitaker is unlikely to be formally rebuked for his intransigence. While a congressional hearing witness can be held in contempt of Congress, such cases are typically referred to the DOJ—which could mean that Whitaker would have to decide to prosecute himself.