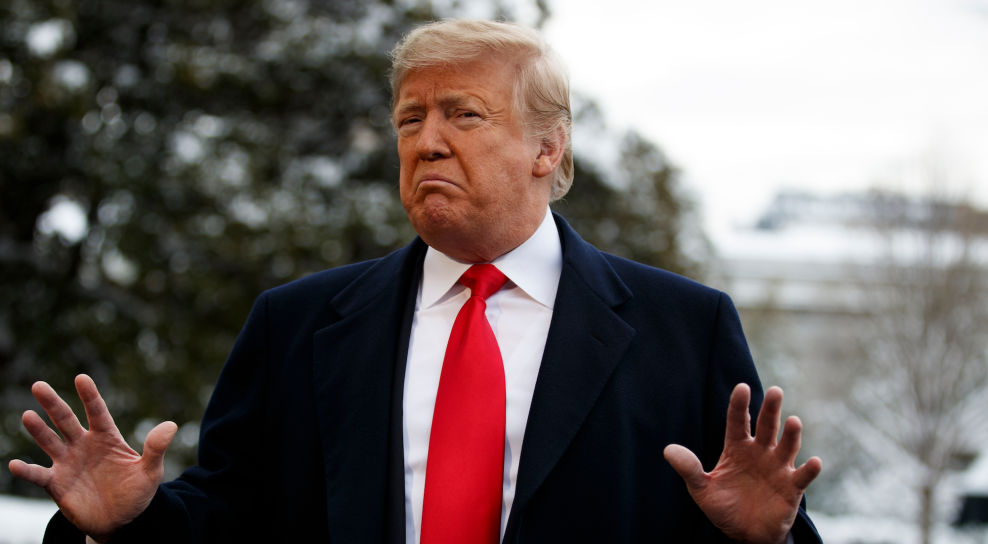 After spending the weekend failing to directly deny that he had ever acted on behalf of the Russian government, President Donald Trump on Monday morning offered his most definitive response yet, telling reporters outside the White House that he “never worked for Russia.”

“I never worked for Russia. You know that answer better than anybody,” Trump said on the South Lawn. “Not only did I never work for Russia, I think it’s a disgrace that you even asked that question, because it’s just a whole big fat hoax.”

The president’s remarks come on the heels of two stunning reports concerning Trump and Russia: first, in the New York Times, that the FBI in May 2017 had opened a counterintelligence investigation into whether Trump was secretly working on Russia’s behalf. The Washington Post followed with a story disclosing the extraordinary lengths to which the president has gone to conceal the substances of his meetings with Russian President Vladimir Putin.

Rather than forcefully denying the report into the counterintelligence probe, Trump on Saturday lashed out at the Times, former FBI Director James Comey, and Hillary Clinton. Later in the day, during a phone-in appearance on Jeanine Pirro’s Fox News show, Trump seemed to dodge the question of whether he had ever worked for the Kremlin.

“I think it’s the most insulting article I’ve ever had written, and if you read the article, you’ll see that they found absolutely nothing,” Trump offered instead.

As for the Post‘s report detailing Trump’s attempts to conceal his discussions with Putin, Kellyanne Conway on Monday appeared to defend and confirm Trump’s actions, citing leaks from within the administration as a possible reason why he has kept members of his own staff in the dark concerning his conversations with the Russian leader.