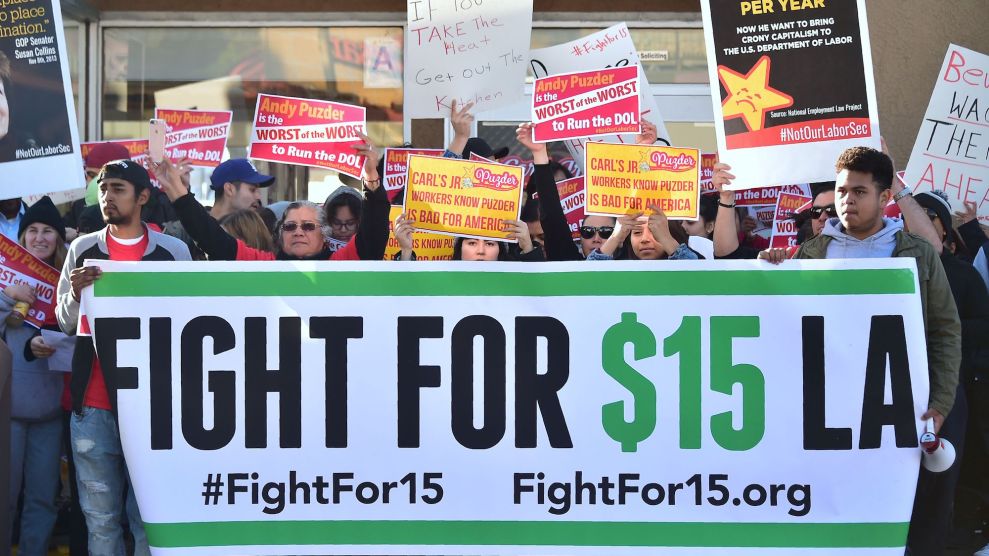 This new year, minimum wage workers across the country will be seeing a bump in their paychecks. On January 1, 19 states and 21 cities raised their minimum wages for a total of nearly 5.3 million workers. New York City, for instance, raised its minimum wage to $15 an hour for millions of workers, and in SeaTac, Washington, the minimum wage rose to $16.08 an hour, becoming the highest in the country.

Some of these raises were incremental advances required by legislation passed years ago, such as in the case of California, where wages rose to $11 an hour in 2019 and will reach $15 an hour in 2023. Other raises were won through ballot measures, such as in Arkansas and Missouri. Thanks to the efforts of mobilizing groups such as Fight for Fifteen and One Fair Wage, what seemed like an impossibility just years ago has become a reality for millions of blue-collar workers. And despite skepticism from big business, higher minimum wages seem to be paying off—a study of Seattle, which raised its wages to $16 this January in a $5 increase over the course of four years, showed that raising the minimum wage led to greater income gains and decreased employee turnover.

In the past decade, 29 states and 42 localities have taken raising the minimum wage into their own hands—even as the federally set minimum wage has remained stagnant since 2009. And the trend isn’t going away: Wages are set to rise in Oregon and Washington, DC, this summer, and lawmakers in Oklahoma and Pennsylvania have already begun calling for a raise in minimum wages this year. Advocates in states like Michigan are gearing up for more ballot fights in 2020.

But we want to know what a bigger paycheck means to you: Are you getting a raise thanks to the new minimum wage laws? Tell us how it will change—or has already changed—your life.

Let us know in the form below, send us an email at talk@motherjones.com, or leave us a voicemail at (510) 519-MOJO. We may use some of your responses for a follow-up story.