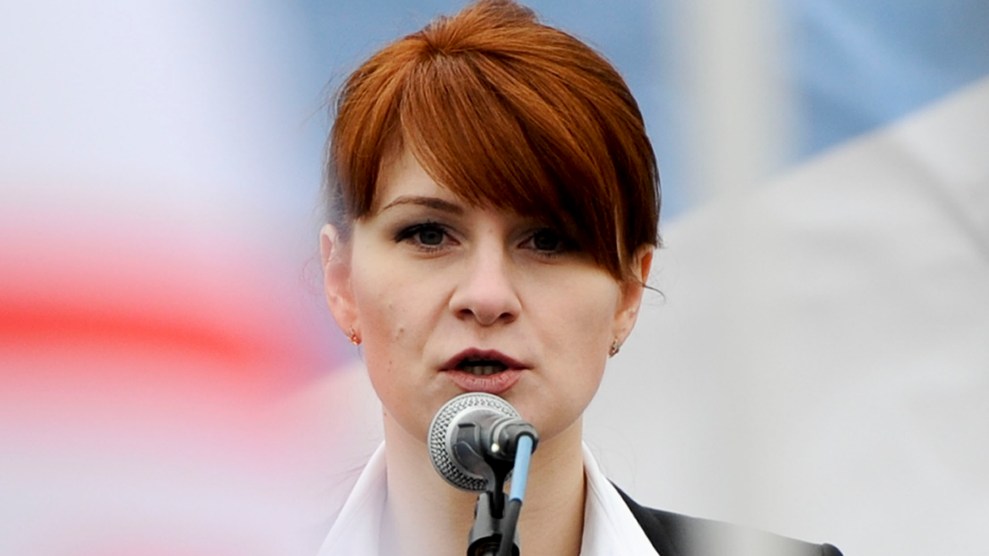 Accused Russian spy and gun rights activist Maria Butina wants to plead guilty in the case against her involving a Kremlin influence effort aimed at the 2016 election, according to a Monday morning court filing from her lawyers and the US government. The filing, which asks the judge to meet with lawyers in the case this week so Butina can change her plea from not guilty, is a sign she may be cooperating with prosecutors.

The 30-year-old Butina was charged in July with working as an unregistered foreign agent on behalf of the Kremlin. The indictment focused on her yearslong record of cultivating ties within the highest echelons of conservative politics, under the guidance of Putin-linked ex-politician and banker Alexander Torshin. Starting in 2013, Butina and Torshin built a network of connections within the National Rifle Association, aided by the Right to Bear Arms, a Russian gun rights group founded by Butina. The pair attended multiple NRA conventions and hosted top NRA officials on trips to Russia.

The NRA went on to donate more than $30 million to President Donald Trump’s 2016 campaign. The FBI and the Federal Elections Commission are now reportedly investigating whether any of this money came by way of Russian sources, which, like all other foreign entities, are prohibited from contributing to US elections. If Butina is cooperating, she may have knowledge that would be useful to advancing this investigation.

Before the 2016 election, Butina also repeatedly lobbied Republican officials, including Trump himself, at various political events for better relations with Russia. During a public Q&A at a conservative political gathering in Las Vegas in 2015, Butina asked then-candidate Trump a question about whether he planned to continue “damaging” sanctions on Russia. Trump assured her he didn’t think sanctions were necessary. If Butina is indeed cooperating with prosecutors, she will be able to shed light on whether her entreaties about Russian relations and sanctions throughout the conservative establishment were part of an official effort to advance Russian interests, one that may have included funds routed through the NRA.

You can read today’s filing below: