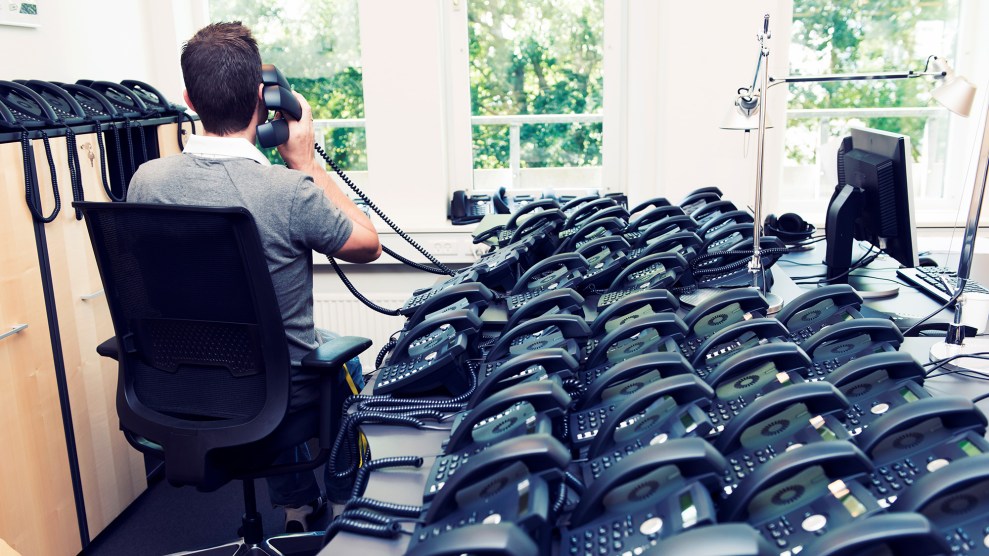 Even before the four newly elected Democratic House members from California’s Orange County are sworn into office January 3, they’re going to have to start laying the groundwork for their 2020 reelection bids. Ensuring that their flipped districts—historically dominated by Republicans—don’t flip back is “something they have to start thinking about right now,” says Jack Pitney, a politics professor at Claremont McKenna College. “Even though Orange County is a lot bluer than it used to be, it’s still not Santa Cruz,” he says, referring to the liberal bubble just down the coast from San Francisco.

If they want to survive, the Orange County freshmen and their 36 Democratic colleagues in flipped seats will have to embrace the permanent campaign. “Starting in January, we begin the reelection,” says Adam Berkowitz, campaign manager for incoming Rep. Mike Levin, who beat Republican Diane Harkey by 12 points in the race for the seat vacated by Rep. Darrell Issa. “As a manager, I have to assume that this time the Republicans are going to pick a less flawed candidate to challenge Mike. We’re hearing that the search on their end is on already.” Francine Busby, former chair of the San Diego County Democratic Party, agrees: “These strong Republican districts will try to mount a challenge—they’re not going to walk away from these close districts.”

Even as they attend congressional orientations and begin receiving their committee appointments, the new representatives will have to keep connected to constituents back home, stay tapped into the grassroots activism that helped elect them, and keep on fundraising. “The first thing they’re told is to start raising money—that’s standard—and especially in cases where someone was elected by a small margin,” says Gary Jacobson, a political science professor at the University of California-San Diego. “They’re going to have to work to hold onto [those seats].”

Orange County’s freshman class of Democrats, which includes Levin, Katie Porter, Harley Rouda, and Gil Cisneros, will have to walk the line between delivering on campaign promises to keep the base happy while not alienating the more centrist and conservative constituents who still make up much of their districts. “I think members can vote a generally Democratic line, but they probably wouldn’t be well-advised to be social justice warriors in their first term,” Pitney says.

Yet Orange County’s Democrats may be in a strong position to maintain their victories for elections to come. Until 2016, Orange County hadn’t voted for a Democrat for president since 1936. Demographic changes, including growing Latino and Asian populations and a rise in left-leaning independent voters, have been trending in Democrats’ favor just as Republican voter registrations in the OC have been falling. “The wave that came through had been building for some time, but it was dramatically realized in this election,” Jacobson says.

And the region’s Republicans are generally not of the Trumpian variety. “These are districts that tend to be economically fairly conservative and socially fairly liberal,” Jacobson says. “There isn’t much danger in supporting gay marriage and supporting Planned Parenthood and so forth. Culturally, [Democrats] are in good shape.” As Oceanside Councilman Jerry Kern, a Republican, told me last year, the Orange County variety of “coastal Republican” is a “moderate, almost liberal Republican.” In 2018, a Trump endorsement in Orange County was seen as more damaging than helpful. (Trump tweeted support for three of the four Republicans running in Orange County.) Going into 2020, Jacobson says, Democrats will “be in great shape” if Trump is running again. “In a presidential election year, when the turnout tends to be higher among Democratic-leaning groups than in midterms, that will work to their advantage.”

Historically, more than 90 percent of House members get reelected. Yet Jacobson argues that Orange County’s Democrats can’t expect to coast to reelection. “It used to be that if you flipped a district, you could keep it for a while, back when there was a 6- to 8-point incumbency advantage,” he says. “You could exploit that. But that hasn’t been true for a while.” Jacobson says that in the previous three elections, the incumbent advantage—the electoral boost provided by name recognition, campaign war chests, and perks like constituent mailings—was down to 3 points. In this election, it was down to 2 points. “That’s a direct consequence of everybody voting party. If the D and the R are the only thing that matter, who cares who the incumbent is?”

“Sometimes the flip is a fluke,” Pitney notes. “Let’s say you have an incumbent who is ensnared in a scandal,” he says, offering the example of Rep. Dan Rostenkowski, an 18-term Democrat whose seat in Chicago went to a Republican after he went to prison for corruption in 1994. “But,” he adds, “that’s because he was a crook and it went Democratic in the next election.”

The combination of Democrats’ growing base, demographic shifts that favor the party, and Southern Californians’ aversion to the Trump Republican brand, suggests the blueing of Orange County’s isn’t temporary. “Underlying all of these seats, it was demographic and political change,” Pitney says. “There were individual circumstances at play, but under the surface was a glacial change in Orange County. Those kinds of changes tend to stick.”