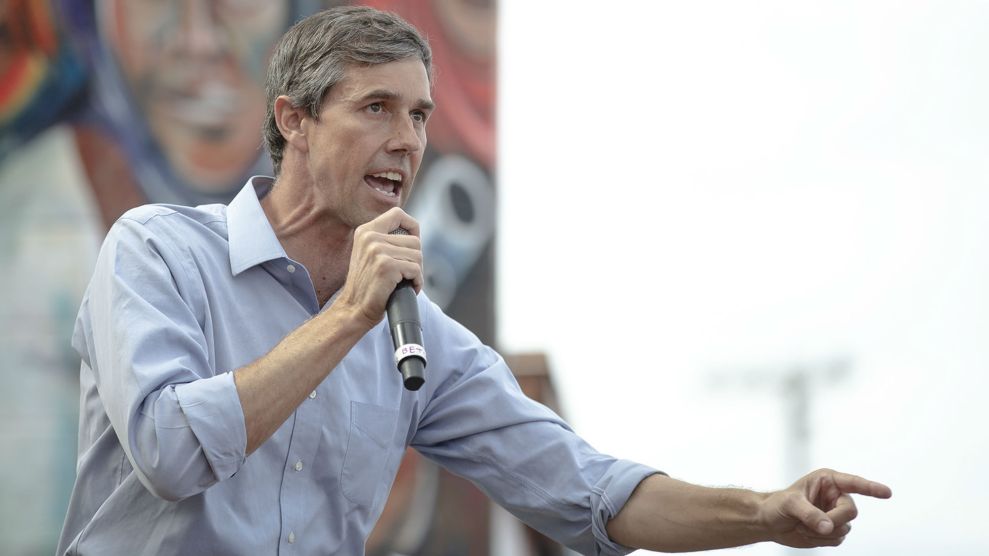 In an email to his supporters Saturday, outgoing Texas Rep. Beto O’Rourke condemned President Donald Trump for his handling of the government shutdown and for attacking the country’s democratic institutions.

“This shutdown—hundreds of thousands of our fellow Americans working without pay during the holidays, basic government functions no longer available to the taxpayers who fund them—didn’t have to happen,” he wrote. “The Senate passed a compromise government funding bill two days ago, 100–0. The men and women who can’t agree on what to name a post office were able to unite and unanimously agree on how to fund the entire government.

“But maybe it was intended to happen.”

Beyond the shutdown, the Texas representative, who lost his Senate bid to Ted Cruz this November and is rumored to be considering a 2020 presidential run, slammed Trump for waging a war on the country’s institutions: “What’s happening now is part of a larger threat to us all,” he wrote. “If there were ever a man to exploit this precarious moment for our country and our form of government, it’s Trump.”

But O’Rourke urged his supporters to take action: “We can engage in the immediate fights about blame for this latest shutdown, or we can pull up, look back at this moment from the future and see exactly what is happening to our country.

“It’s action vs. distraction. One will save our democracy, the other will lead to its end.”