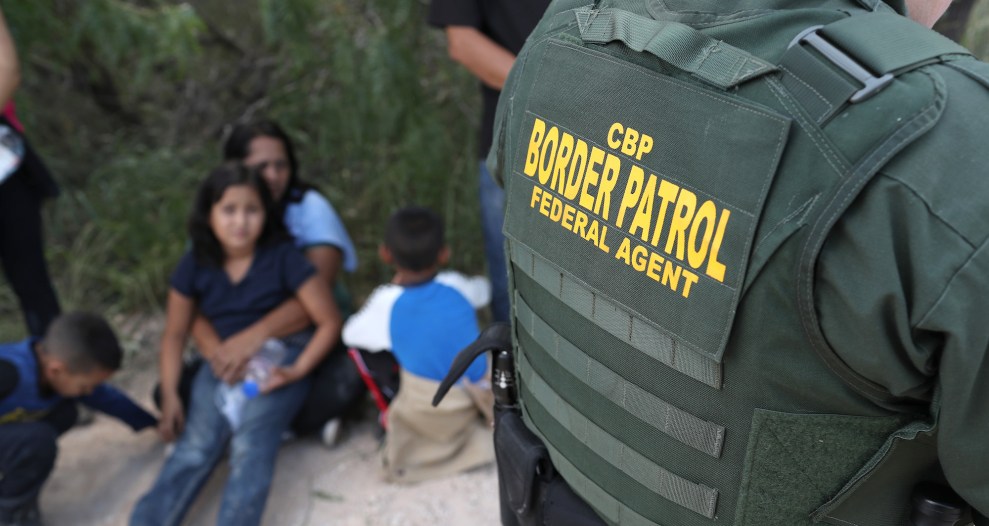 Jakelin Caal Maquin, A seven-year-old girl from Guatemala, died last week of shock and dehydration while in Border Patrol custody.

The girl and her father were part of a group of 163 people who turned themselves in to Border Patrol agents last Thursday night, December 6, according to CBP records first reported by the Washington Post. The girl died at an El Paso children’s hospital early Saturday morning, a CBP official told reporters Friday.

Her death was not revealed until the Washington Post reported it Thursday night. Congress’ 2018 spending bill requires CBP to report deaths that occur in its custody to the House and Senate Appropriations committees within 24 hours. That requirement is still in effect.

Democrats on the House and Senate appropriations committees were not told about the death, according to two sources interviewed by Mother Jones. A House Democratic aide said the committee members learned about the death when it was reported.

Senior House Democrats confirmed later on Friday that they found out about Caal’s death from the Post story. Five members of Congress are asking Department of Homeland Security Acting Inspector General John V. Kelly to investigate the department’s failure to notify Congress of the death, as is required by law.

“It is hard to overstate our frustration with the fact that we learned of this incident through media reports one week after the incident occurred,” the members of the House wrote. “It is clear that CBP failed to follow the reporting requirements laid out in last year’s omnibus appropriations bill until after the news of this death was already public.”

Why did the Commissioner of Customs & Border Protection keep this little girl’s death secret until after he testified before me & Senate Judiciary Committee this week? I will be demanding answers.

“CBP should announce today that effective immediately it will follow ICE’s long-standing practice of providing prompt notice of custodial deaths to members of Congress and the public,” Tom Jawetz, the vice president for immigration at the liberal Center for American Progress, tells Mother Jones in a statement.

The CBP official, who spoke with reporters on the condition of anonymity, said the girl’s father initially said his daughter was in good health after the group entered Border Patrol custody in New Mexico at 9:15 p.m. on Thursday, December 6. A bus then transported children traveling alone to a Lordsburg, New Mexico, Border Patrol facility about 95 miles north. The bus returned at 4 a.m. to take adults and families to Lordsburg.

At 7:45 a.m., after Hidalgo County medical personnel arrived on the scene, a helicopter flew the girl to the Providence Children’s Hospital in El Paso, Texas. Border Patrol was told later that morning the girl had gone into cardiac arrest and had been revived. She was diagnosed with liver failure and was breathing via machine. She died in the early morning hours of Saturday, December 8—more than 24 hours after she first entered Border Patrol custody. Her father was with her at the time.

Rep. Lucille Roybal-Allard (Calif.), the top Democrat on the appropriations subcommittee that oversees DHS, said she was horrified by the death.

As a mother, as a grandmother, and as an American, I am horrified, heartbroken, and infuriated that a 7-year-old little girl died in Trump Administration custody. We must investigate her death FULLY, including CBP’s actions, and make certain that justice is served. https://t.co/MOPVTSv8BA

Democrats on the House Appropriations Committee have expressed concern to CBP about the failure to tell them about the girl’s death, a House aide tells Mother Jones. DHS and CBP declined to comment on whether they told members of Congress about the death. DHS also declined to say why it did not issue a press release to announce the death. A DHS official said CBP is “currently reviewing our disclosure and notification policy on this.”

CBP Commissioner Kevin McAleenan testified before the Senate Judiciary on Tuesday. He was asked no questions about the girl. That was not surprising. A Judiciary aide says Democrats on the committee did not know the death had occurred.

This story has been updated to include House Democrats’ letter to Acting Inspector General Kelly.