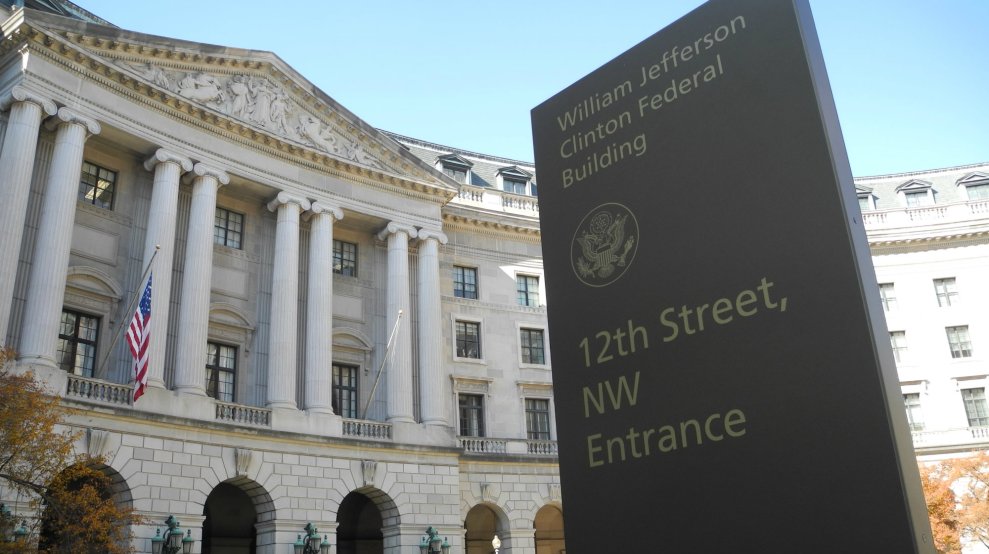 Trey Glenn, who had been appointed by President Donald Trump, resigned in a letter to EPA administrator Andrew Wheeler over the weekend. In the letter, Glenn says he is innocent but does not want to cause a distraction. The EPA did not return multiple requests for comment on Glenn’s status last week, even as he turned himself in to local authorities and was released on $30,000 bond.

Trump appointed Glenn to run the EPA’s Region 4, which encompasses much of the south-eastern United States, including Glenn’s home state of Alabama, in August 2017. At the time of Glenn’s appointment, a bribery scandal was tearing through the state’s political establishment, and now he has been caught up in its aftershocks.

The scandal stems from an effort by the Alabama-based Drummond Coal company to block an EPA effort, overseen by Region 4, to clean up the 35th Avenue neighborhood, a badly polluted, mostly African-American community in north Birmingham. Under the Obama administration, the EPA identified a group of companies as potentially liable for the neighborhood’s polluted state—and potentially on the hook for a costly cleanup. But a major cleanup of the site never happened, in part thanks to a massive pushback from state officials. That pushback, it turns out, was orchestrated by Drummond and attorneys from the Birmingham law firm Balch & Bingham.

Drummond’s opposition to the cleanup wasn’t secret. But in June 2017, the Department of Justice announced that an Alabama state representative had admitted to taking bribes from the company to oppose the EPA’s effort. This fall, a Drummond executive and a Balch attorney were convicted of making those bribes, and during the course of their trial it became clear how connected Drummond and Balch really were—and in particular, how close then-Sen. Jeff Sessions worked with Drummond and Balch to block the cleanup.

When appointed to his EPA job, Glenn reported on his personal financial disclosure documents that he had worked as a consultant for Drummond in its opposition to the EPA’s cleanup efforts in 35th Avenue. Glenn testified at the bribery trial, and while on the stand he said that one of the men who was eventually convicted, David Roberson, a vice-president at Drummond, had written him a letter of reference for the EPA job. As head of the EPA’s Region 4, Glenn oversaw the EPA’s work on the 35th Avenue project, though he did recuse himself from handling anything related to Drummond or Balch.

Last week, however, he and his business partner, Scott Phillips, were indicted by a Jefferson County grand jury on ethics charges. Details of the indictments are still vague—copies of the indictments have not been released—but a press release from the Alabama Ethics Commission said that both men were charged with numerous counts. At the time of the fight to block the EPA from cleaning up 35th Avenue, Phillips sat on the Alabama Environmental Management Commission, but was also the co-owner of a firm with Glenn. The charges against Phillips include inappropriate solicitation or receiving of money or other items of value from a lobbyist and allegations that Phillips violated rules against the “use of office for personal gain.” Glenn was indicted separately from Phillips on multiple counts of conspiracy or complicity.