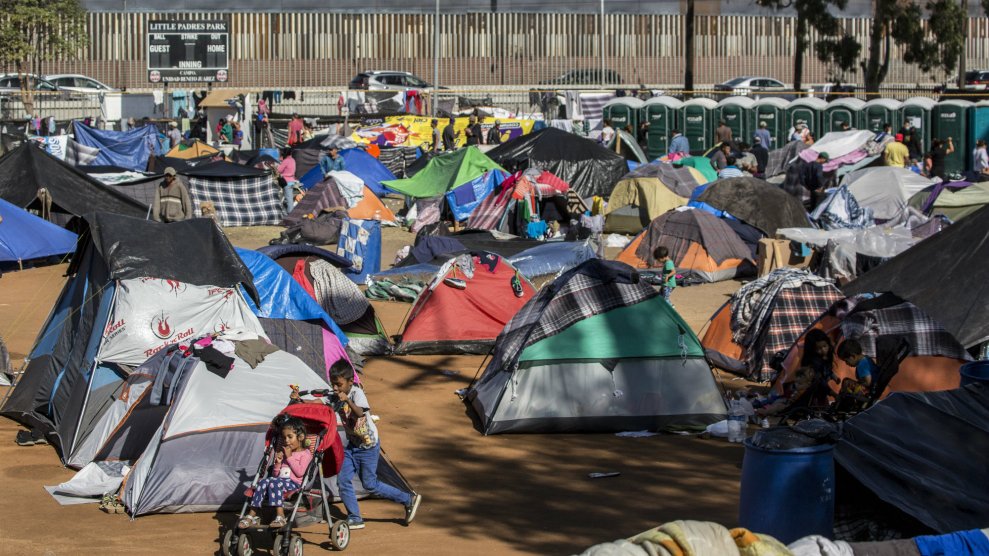 Update, 11/25/18 12pm: Following the Washington Post story on Saturday reporting the Trump administration’s deal with Mexico, additional reports have surfaced in which Mexican government officials deny an agreement has been reached. The New York Times reports officials of Mexico’s incoming administration are still considering a potential asylum deal and may meet as early as Sunday to discuss its terms.

On Saturday, the Washington Post reported that the White House has struck a preliminary deal with the president-elect of Mexico that would force migrants seeking refugee in the United States to wait in Mexico while the US government processes their claims.

No formal agreement has been signed, but if it does become official, the new arrangement would end current asylum rules that allow migrants to wait inside the United States before their hearings. Under this new plan, asylum seekers who were denied entry by a US judge would not be returned to Mexico. Instead, they would be detained in the United States and face immediate deportation to their home countries.

After spending weeks fear-mongering about a caravan of migrants making its way through Mexico to the United States, Trump signed an order that barred migrants from receiving asylum for 90 days if they crossed the border illegally. The order was quickly challenged in the courts and less than two weeks later, a federal judge blocked Trump’s asylum ban.

As my colleague Noah Lanard reported:

Jon Tigar, a district court judge in California, ruled that Trump’s asylum ban “irreconcilably conflicts” with immigration law and the “expressed intent of Congress.” He wrote that the ban puts asylum-seekers at increased risk of violence and will cause many people with valid asylum claims to be ineligible for protection. Tigar’s ruling blocks the asylum ban temporarily, until the case is heard again next month. His temporary restraining order took effect immediately and came just 12 hours after he heard arguments from both sides.

The Mexican government is calling the tentative arrangement a “short-term solution” while human rights activists and other advocates are troubled by the prospect of leaving people in the Mexican border states that are dominated by drug cartels. “We have not seen a specific proposal,” Lee Gelernt, an ACLU lawyer told the Washington Post, “but any policy that would leave individuals stranded in Mexico would inevitably put people in danger.”