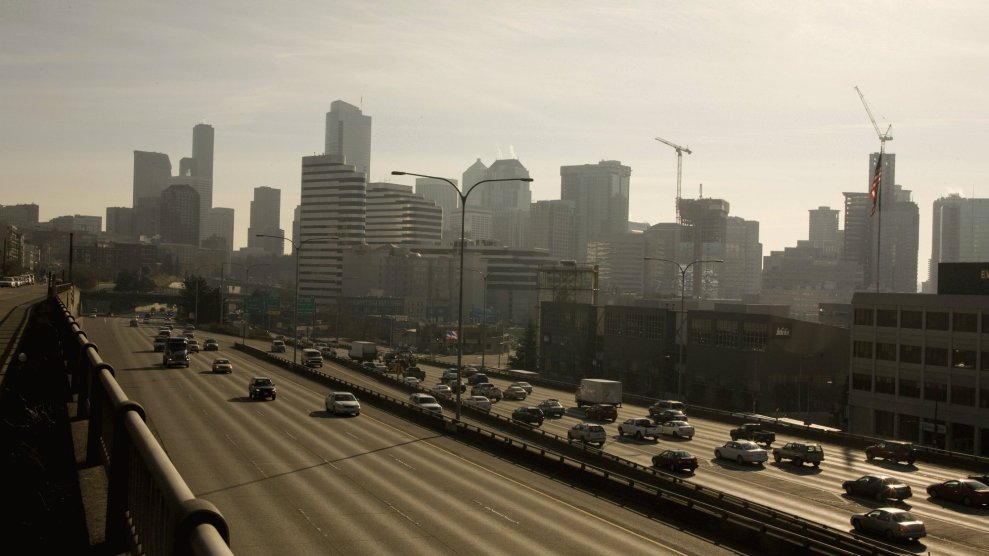 The Evergreen State’s third and latest attempt to put a price on climate pollution failed Tuesday as voters rejected the historic ballot measure, notching yet another win for the oil and gas industry.

The measure, known as Initiative 1631, aimed to put a levy of $15 per metric ton of carbon dioxide emissions starting in January 2020. The fee would have increased $2 annually until the state met its goals for cutting heat-trapping gas pollution.

The revenue was designed to be directed toward projects accelerating the state’s shift away from fossil fuels, including expanding public transit, energy-efficiency retrofits for big buildings and new wind- and solar-powered plants.

Washington already tried to pass more traditional carbon taxes. In November 2016, voters rejected a proposal for a tax of $25 per metric ton of carbon dioxide, which aimed to cut the state sales tax 1 percent, fund a tax credit of up to $1,500 for low-income households and cut the tax rate for manufacturers. In March, a bill to enact a carbon tax escalating $1.80 per ton each year until hitting $30 in 2031 failed in the state Senate when it fell “one or two votes short,” prompting the sponsor to pull the legislation.

But Initiative 1631 took a different approach, imposing the carbon price in the form of a “fee.” Under Washington State law, a “fee”—as opposed to a tax—cannot be spent on government expenses such as public education or welfare, meaning all the revenue the fee raises must fund climate-related projects.

That put it more in line with the Green New Deal, a term progressive activists coined to describe a set of proposals for major government spending plans to mitigate the impacts of climate change. Scientists say such policies are necessary to make the kinds of emissions cuts required to avert the worst impacts of climate change. Just last month, a sobering United Nations report found that world government must halve global emissions over the next 12 years to avoid cataclysmic warming and that technologies to remove carbon dioxide from the atmosphere are still likely necessary.

Yet fears over rising gas prices proved more convincing to Evergreen State voters. The Western States Petroleum Association raised over $31 million—a record for Washington ballot initiatives—for its “No” campaign, spending nearly $30 million of it by the start of this month. The campaign dispensed $10.8 million in the last two weeks of October alone.

The loss came as Coloradans voted down Proposition 112, a measure that would have put about 85 percent of non-federal land in the Centennial State off limits to oil and gas drilling.