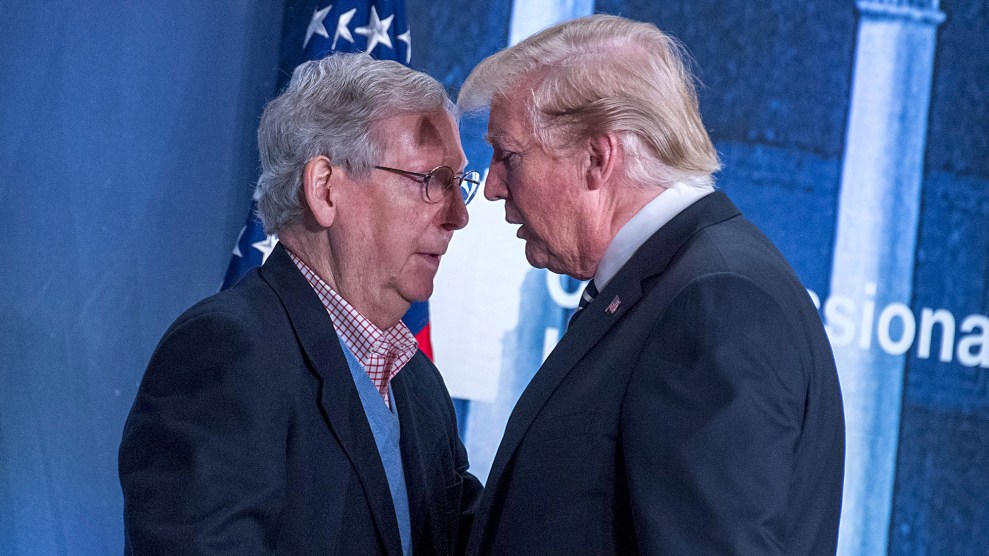 As was widely predicted, Republicans have kept their control in the Senate.

With wins in Indiana and North Dakota, the GOP is on track to add to its majority, giving Donald Trump the assurance that even in the face of a Democratic flak from the House, he will have allies on Capitol Hill. And, importantly for conservatives, the pickups assure Senate Majority Leader Mitch McConnell will keep his ability to continue reshaping the federal judiciary for at least another two years, with wider margins to boot.

Democrats faced a tough electoral map from the start, and early on Tuesday night when it became apparent that incumbent Florida Democrat Bill Nelson was struggling to fend off Republican Rick Scott—a race that many expected would go to Democrats—the writing was on the wall. Thanks to Democrat incumbent Sens. Heidi Heitkamp and Joe Donnelly in Indiana falling quickly to Republican challengers, as well as Republican Marsha Blackburn’s victory in Tennessee, McConnell and his cohort were able to ensure their majority.