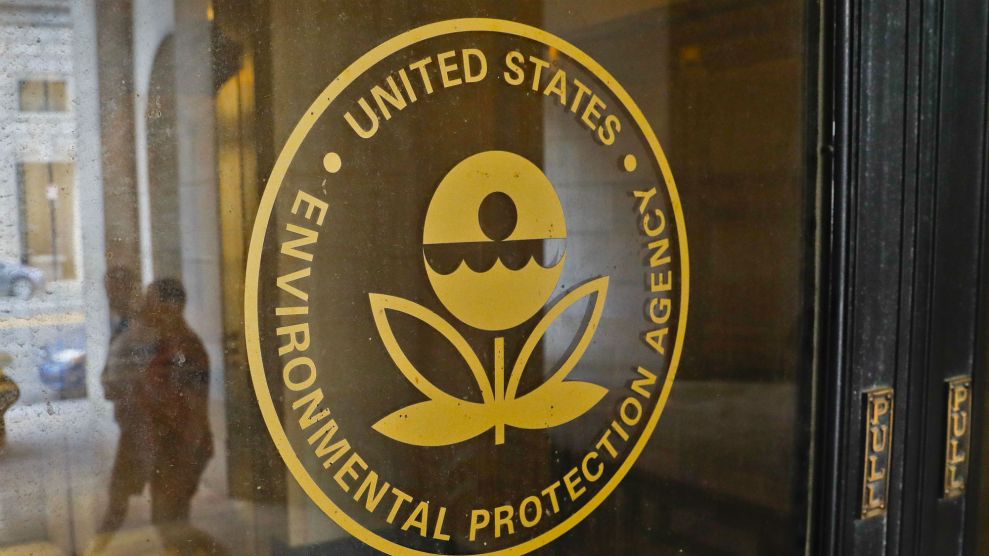 A senior Environmental Protection Agency administrator responsible for nine southeastern states has been indicted by an Alabama grand jury on charges he conspired to violate ethics laws, reportedly in connection with a messy bribery scandal that has links to former Attorney General Jeff Sessions and has roiled local politics.

The EPA had sought to hold Drummond and several other companies responsible for the pollution.

The Alabama Ethics Commission announced Tuesday morning that a grand jury had indicted Onis “Trey” Glenn, the EPA official, and Willie Scott Phillips, his former business partner, on a variety of state ethics charges. The press release was short on details, but the charges include inappropriate solicitation or receiving of money or other items of value and allegations that Phillips violated rules against the “use of office for personal gain.” Glenn was indicted separately from Phillips on multiple counts of conspiracy or complicity.

AL.com reported that the charges stem from Glenn and Phillips’ involvement with an effort by the Drummond coal company to block an EPA cleanup of the 35th Avenue neighborhood of north Birmingham—an impoverished, mostly African American area that suffered decades of pollution from neighboring industrial sites. Under the Obama administration, the EPA—specifically its southeastern Region 4 office, currently led by Glenn—had sought to hold Drummond and several other companies responsible for the pollution, but Alabama state officials tried to block the move. The campaign to stop the EPA’s cleanup efforts was orchestrated by Drummond and its powerful Birmingham law firm, Balch and Bingham.

The company eventually enlisted the aid of then-Sen. Jeff Sessions, whose office worked closely with the coal company and law firm to stymie the EPA’s efforts. Sessions has long had close ties to Balch and Drummond—the companies respectively ranked as his second- and third-biggest contributors during his Senate career, and collectively donated nearly a quarter of a million dollars to his campaigns.

Earlier this year, David Roberson, a vice president at Drummond, and Joel Gilbert, an attorney for Balch, were convicted on corruption charges. They were accused of paying off a Democratic state legislator named Oliver Robinson. Robinson admitted to investigators he was paid by the coal company to use his position as a state legislator to help undermine the efforts of neighborhood activists and environmental watchdogs and reported back to Drummond on meetings he had with EPA officials.

According to AL.com, exhibits introduced in court during Roberson and Gilbert’s trial showed that Glenn and Phillips had also been involved in that effort. Upon taking his job overseeing Region 4 for the EPA, Glenn reported in his financial disclosure that he had also done work for Balch and Drummond.

The lawmaker admitted he was paid by the coal company to help undermine neighborhood activists and environmental watchdogs.

Former Trump EPA chief Scott Pruitt, who resigned in July in the face of numerous ethics investigations, installed Glenn in his current job in August 2017. According to testimony Glenn provided in federal court, Drummond executive David Roberson provided a reference letter while he was seeking the appointment.

After Glenn became the EPA’s southeastern administrator, he continued to engage with Alabama environmental regulators about the site, according to records obtained by the Project on Government Oversight and Mother Jones through the Freedom of Information Act. One state regulator, whom Glenn had lobbied while working as a consultant for Balch, shared a draft of a presentation in November 2017 with Glenn discussing the 35th Avenue site. “Call me and we can discuss,” emailed regulator Lance LaFleur, head of the Alabama Department of Environmental Management.

By January, Glenn had formally recused himself from any matters involving Balch and Drummond.

On Tuesday, an attorney who has previously represented Glenn and Phillips issued statements from both men denying any wrongdoing. The EPA did not respond to a request for comment about Glenn’s current status with the agency.