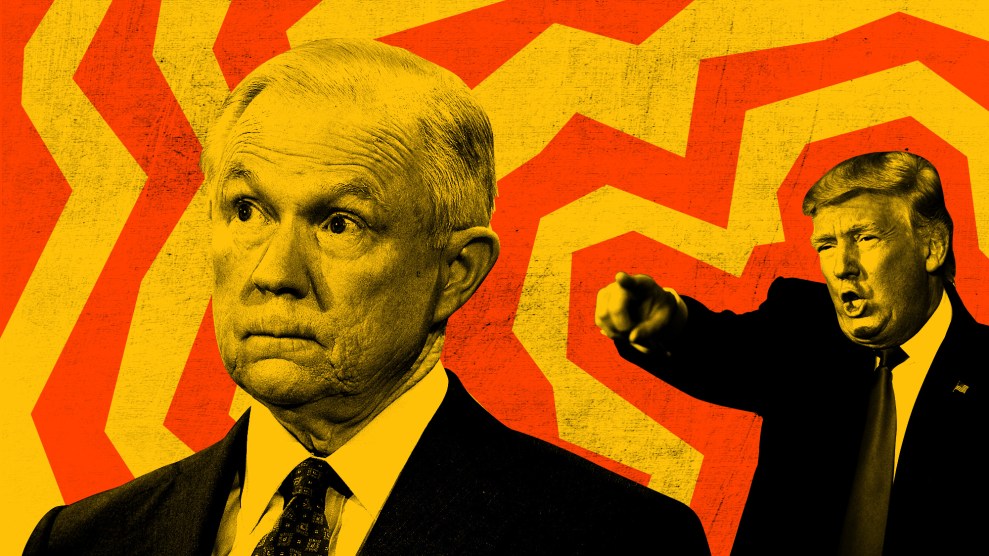 After months of enduring extraordinary attacks in both public and private from President Donald Trump, Jeff Sessions has, at the president’s request, stepped down as attorney general. The move to force out Sessions after the midterm elections had been widely expected, but the timing of the announcement—just one day after the elections—came as a surprise.

Sessions’ chief of staff Matthew Whitaker will take over as acting attorney general.

We are pleased to announce that Matthew G. Whitaker, Chief of Staff to Attorney General Jeff Sessions at the Department of Justice, will become our new Acting Attorney General of the United States. He will serve our Country well….

The president has long taken issue with Sessions’ decision to recuse himself from the Russia investigation after it was revealed that he had not been forthcoming about his own communications with Russian officials. Trump frequently aired his frustrations with Sessions on Twitter and in public appearances. In a stunning admission last July, Trump told the New York Times that he never would have appointed Sessions as attorney general if he had known he would eventually recuse himself from the ongoing Russia investigation.

With Sessions out, Whitaker will assume control of the investigation, according to the Justice Department. Sarah Isgur Flores, a spokeswoman for the department, told Mother Jones, “The Acting Attorney General is in charge of all matters under the purview of the Department of Justice.”

“Sessions should have never recused himself, and if he was going to recuse himself, he should have told me before he took the job and I would have picked somebody else,” Trump said.

Special counsel Robert Mueller is known to be looking into Sessions’ own meetings with Russians while he was a Trump campaign surrogate, and the role he played overseeing the campaign’s foreign policy and contacts.

Trump’s aggressive attacks left many wondering why the president chose to keep Sessions in the role for so long, instead preferring to undermine him and the department he led.