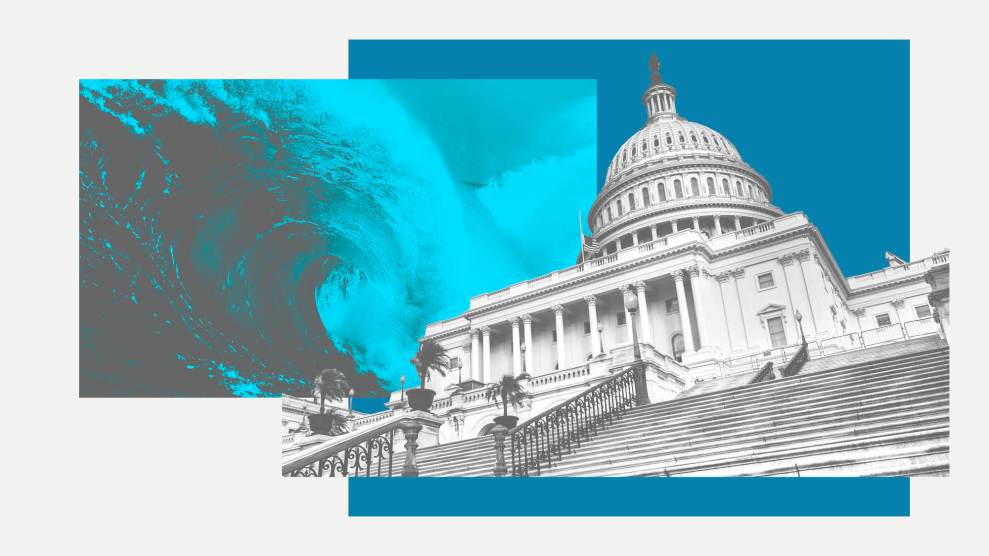 In a dramatic repudiation of President Donald Trump, Democrats on Tuesday won control of the House of Representatives, according to projections from multiple media outlets. The results will bring to a close two years of unified GOP control of the federal government—a period during which Republicans passed a massive tax cut and rolled back key regulations but repeatedly failed to repeal the Affordable Care Act, President Barack Obama’s signature achievement.

Trump himself was one of the key issues in the race, especially among women, young voters, and people of color—groups that turned out in massive numbers and overwhelmingly voted for Democratic candidates. Many of the defeated Republicans may have also paid dearly for their efforts to undo Obamacare, facing a barrage of ads and voter anger over a series of votes that would have increased the number of uninsured Americans, raised premiums on the elderly, and dismantled protections for people with preexisting conditions.

RELATED: Unleash the Investigations!
What Dems Could Do With Control of the House

Republicans will continue to control the House through the end of the year. Democrats will take over in January, putting an end to Trump’s ability to push through legislation on health care, immigration, taxes, the environment, and other issues along party lines. Republicans did keep control of the Senate Tuesday, meaning Democrats will still be largely powerless to block judges and administration officials appointed by Trump.

Listen to our journalists explain all the twists and turns of Election Day and what comes next on the special election episode of the Mother Jones podcast.

But significantly, Democrats will be able to use their control of the House to conduct vigorous oversight of the administration, something congressional Republicans have broadly failed to do in the past two years. Democrats will now have the chance to conduct hearings, subpoena documents, compel witnesses to testify, and even obtain Trump’s tax returns.

As the results come in, we want to hear from you. How are you reacting? Let us know by filling out the form below, send us an email at talk@motherjones.com, or leave us a voicemail at (510) 519-MOJO. We may use some of your responses in a follow-up story.