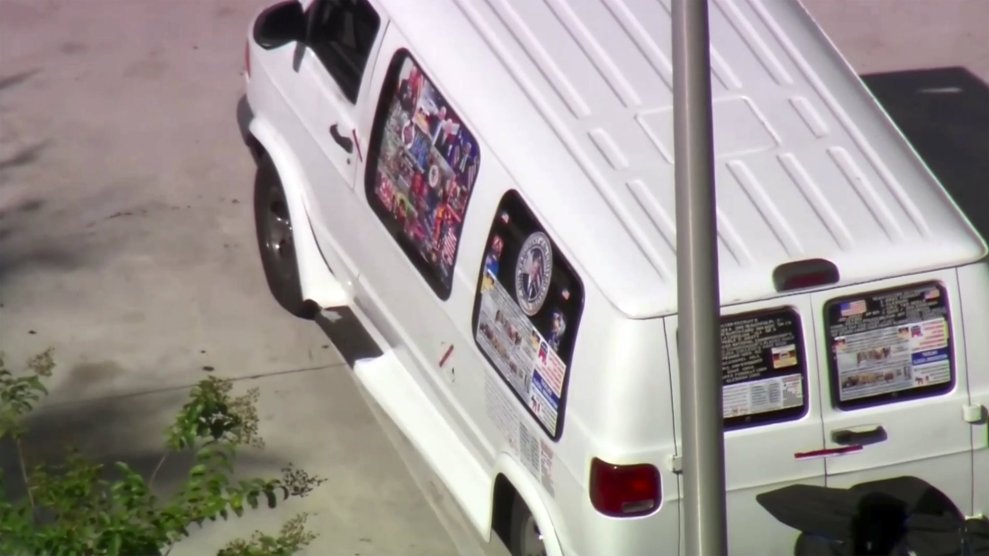 As soon as federal authorities identified a suspect in connection to the pipe bombs that have been sent to prominent Democrats across the country, a familiar response kicked into gear.

Even as evidence emerged that the suspect, identified in media reports as Cesar Sayoc of Aventura, Florida, was a registered Republican with a lengthy criminal record, conspiracy theorists posited that he was a “patsy” commissioned by Democrats. Rabble rousers online quickly settled on a white van, which Florida news reports said had been surrounded by FBI agents on Friday, as an object of suspicion. (The van has not been officially connected to Sayoc.)

On his radio show, Jones, who is infamous for calling the mass shooting in Sandy Hook a “false flag” perpetrated by “crisis actors,” has been predicting for weeks that Democrats would engineer an attack and blame it on Republicans before the midterm elections. He has not provided any evidence for his theory. But as reports mounted this week of pipe bombs being sent around the country, right-wing social media accounts promoted the idea that the apparent serial bombing had been ginned up by Democrats. That notion entered the mainstream with mentions from Rush Limbaugh on his radio show and from pro-Trump pundits on Fox News.

Laura Loomer, a right-wing provocateur who previously worked for Project Veritas, the organization that conducts sting operations to embarrass journalists suspected of liberal bias, echoed the same sentiment in a tweet claiming that the stickers on the van “look like they were printed yesterday.”

This article is developing and will be updated as more information emerges.