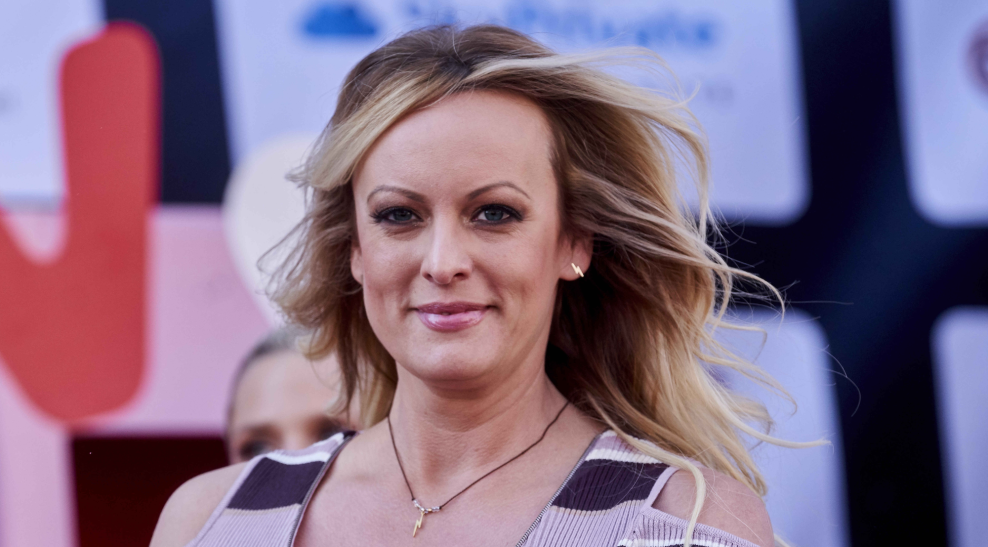 President Donald Trump on Tuesday publicly insulted the physical appearance of Stormy Daniels, branding the adult film actress as “Horseface” one day after a federal judge dismissed her defamation lawsuit against the president. In a tweet gloating about the ruling, Trump threatened to “go after” Daniels and her attorney, Michael Avenatti:

“Federal Judge throws out Stormy Danials lawsuit versus Trump. Trump is entitled to full legal fees.” @FoxNews Great, now I can go after Horseface and her 3rd rate lawyer in the Great State of Texas. She will confirm the letter she signed! She knows nothing about me, a total con!

Daniels fired back, blasting the president’s “incompetence, hatred of women and lack of self control,” and labeled him with a nickname of her own:

Ladies and Gentlemen, may I present your president. In addition to his…umm…shortcomings, he has demonstrated his incompetence, hatred of women and lack of self control on Twitter AGAIN! And perhaps a penchant for bestiality. Game on, Tiny. https://t.co/6DpDD5ELtj

Avenatti also weighed in, condemning Trump as a “disgusting misogynist”:

You are a disgusting misogynist and an embarrassment to the United States. Bring everything you have, because we are going to demonstrate to the world what a complete shyster and liar you are. How many other women did you cheat on your wife with while you had a baby at home? https://t.co/npOKOEFju6

Trump’s tweet Tuesday adds to his record of disparaging the physical appearance of women he perceives as enemies. Past targets have included 2016 primary opponent Carly Fiorina and television hosts Megyn Kelly and Mika Brzezinski.

Trump had reportedly used “horseface” to belittle Daniels’ physical appearance in private in the past.

This is something he has said to people privately to criticize Stormy Daniels' appearance. And… here it is, just…on Twitter. https://t.co/hI7581oljs

With a legal victory regarding Daniels secured, it appears as though the president is now comfortable using the attack publicly. A separate lawsuit concerning Daniels’ nondisclosure agreement remains pending.