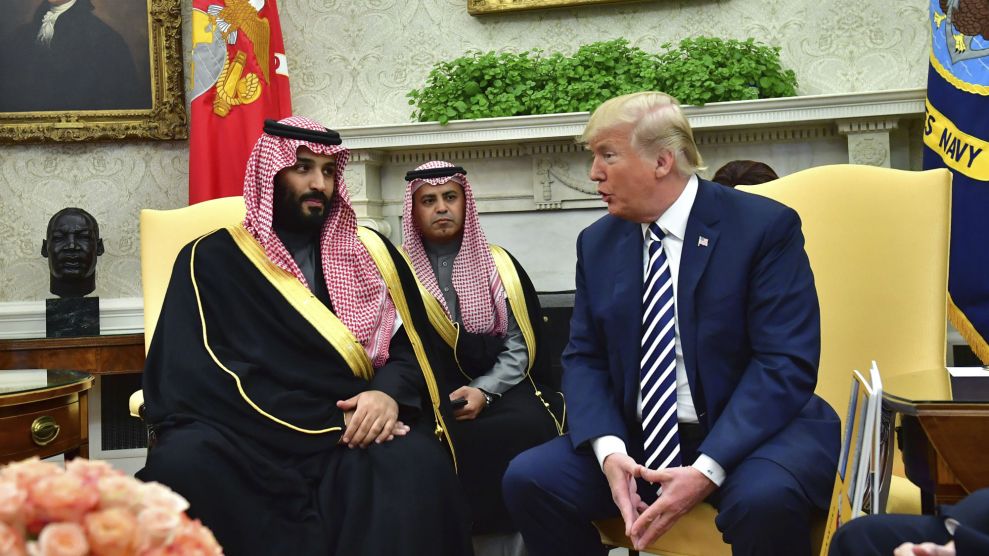 Saudi Arabia’s government angrily reacted to warnings from President Donald Trump that it may face punishment for the death of journalist Jamal Khashoggi, threatening the kingdom “will respond with greater action” if it is pressured over his death. The threat was not-so-subtly tied to a note that oil-rich Saudi Arabia “plays an effective and vital role in the world economy.”

The statement was issued by the state-run Saudi News Agency on Sunday, and said the country rejects any attempts to use economic or political pressure or the spreading of “false accusations.” Turkish government sources have been circulating claims that a team of Saudi assassins are responsible for the murder of Khashoggi, who disappeared on Oct. 2, after he entered the Saudi consulate in Istanbul. Khashoggi was a critic of recent moves by Saudi crown prince Mohammed Bin Salman, and had recently sent himself into voluntary exile, taking up residence in Virginia. Turkish sources say he was tortured, murdered, dismembered, and his body parts smuggled out of the country—all on the orders of senior Saudi royal family members.

In an interview set to air Sunday night on 60 Minutes, Trump said he would be calling the Prince Mohammed Bin Salman to discuss Khashoggi’s disappearance, and promised, “We’re going to get to the bottom of it, and there will be severe punishment.” Trump also condemned Kashoggi’s death because he was a journalist.

“There’s a lot at stake, maybe especially so because this man was a reporter, you’ll be surprised to hear me say that,” Trump said.

Following the release of Trump’s interview quotes, the Saudi stock market plunged, and the official statement promising retaliation for sanctions or pressure was released.

Trump did reiterate that there has been no proof yet that the Saudis were involved with Khashoggi’s disappearance, and late last week he seemed dismissive of the idea that the United States would take firm action against Saudi Arabia, noting that Khashoggi was not a U.S. citizen—only a resident—and that the kingdom has purchased $110 billion worth of military weapons from the United States. Trump also has long-standing personal business ties with Saudi Arabia.