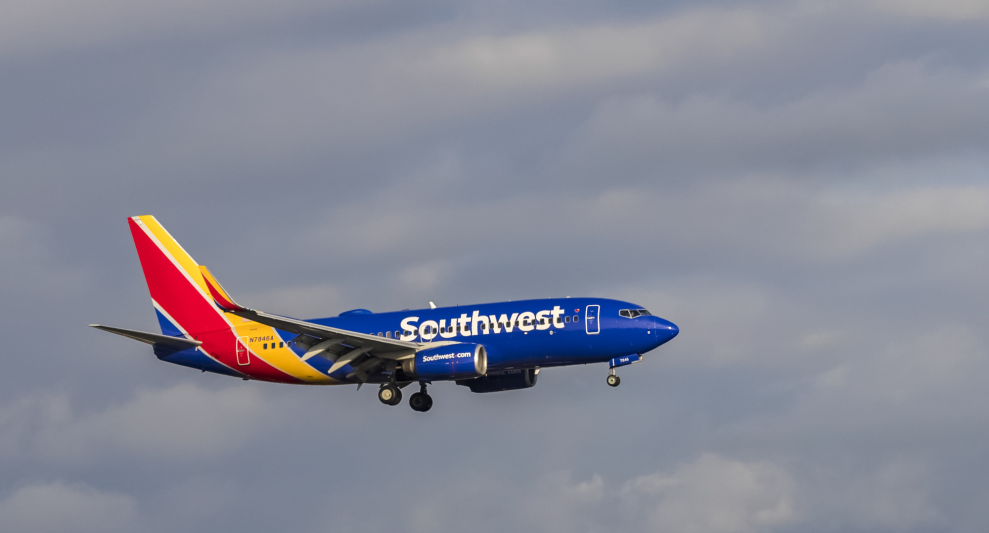 A Florida man who was arrested Sunday after allegedly groping a woman who had been sleeping on a plane told authorities that President Donald Trump said it was acceptable to—in the words of a federal criminal complaint—”grab women by their private parts.”

The comment, which appears to reference the 2005 Access Hollywood tape that showed Trump bragging about groping women without their consent, was cited in the complaint filed by an FBI special agent shortly after the alleged incident took place on a Southwest Airlines flight.

“I just start kissing them,” Trump is heard saying in the 2005 recording, which emerged just weeks before the 2016 presidential election. “It’s like a magnet. Just kiss. I don’t even wait. When you’re a star, they let you do it. You can do anything.”

“Grab them by the pussy,” Trump continues in the clip. “You can do anything.”

At least 20 separate women have accused Trump of sexual assault.

In Sunday’s complaint, 49-year-old Bruce Alexander is accused of twice groping a woman identified as C.W. from behind while the two were on a flight traveling from Houston to Albuquerque. The woman told police that she assumed the first instance had occurred by accident. But 30 minutes after Alexander allegedly touched her bra line the first time, he allegedly “attentively” groped her bra-line area again.

C.W. reprimanded Alexander before alerting crew members, who promptly reseated her in another part of the plane. Alexander was later arrested and charged with abusive sexual contact, which carries a maximum penalty of two years in prison and a $250,000 fine.

According to the complaint, which can be read in full below, Alexander told authorities that—in the words of the FBI agent—the “President of the United States says it’s ok to grab women by their private parts.”