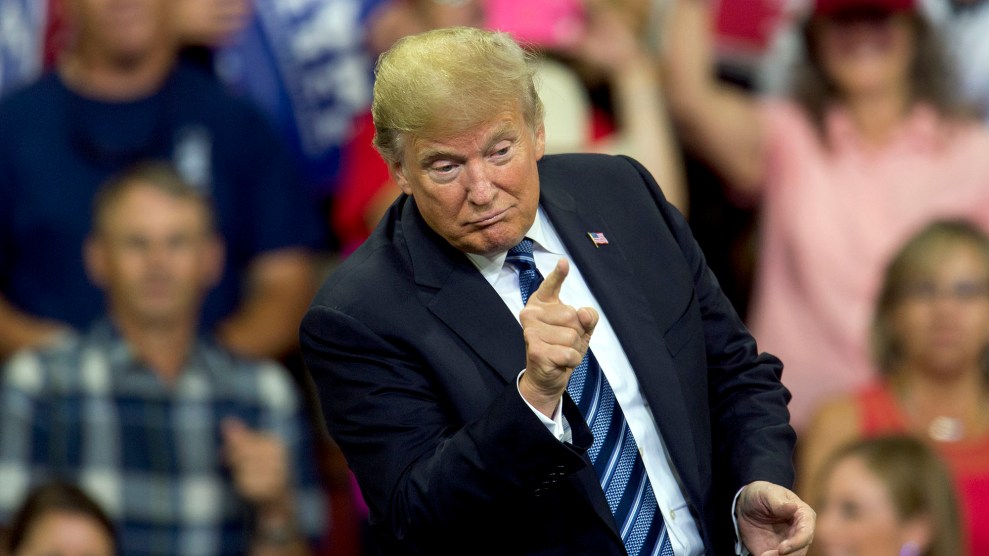 Meadows, a top congressional backer of President Donald Trump, said in a letter to Deputy Attorney General Rod Rosenstein that the texts suggest a “coordinated effort” by the FBI and the Justice Department to “release information in the public domain potentially harmful” to the Trump Administration. Right-leaning media outlets, including Fox News, quickly jumped on the story. Trump tweeted about it Tuesday morning. “So terrible, and NOTHING is being done at DOJ or FBI,” the president wrote.

Meadows’ claim, however, may rely on major misinterpretation. Strzok and Page were actually discussing the administration’s strategy for stopping leaks, not plotting to cause leaks, according to Strzok’s lawyer and Democratic lawmakers. “The term ‘media leak strategy’ in Mr. Strzok’s text refers to a Department-wide initiative to detect and stop leaks to the media,” Strzok’s lawyer, Aitan Goelman, said in a statement Tuesday. “The President and his enablers are once again peddling unfounded conspiracy theories to mislead the American People.”

In a press release Tuesday, Reps. Jerrold Nadler (D-N.Y.) and Elijah Cummings (D-Md.), the top Democrats on the House Judiciary and Oversight committees, pointed out additional context that Meadows’ letter ignored. Nadler and Cummings note that Strzok’s reference was part of a discussion about a meeting on proposed changes to the Justice Department’s media leak regulations. Strzok, whose job included combating unauthorized leaks, appeared worried that ill-considered changes to the policy would prove ineffective.

“DoJ getting all political and about to blown (sic) up the media leak regs and turn this into a circus,” Strzok wrote in a text sent earlier in the day to Page, the Democrats note. Strzok expressed a similar concern in another text, proposing that he and Page present concerns to then-FBI Director James Comey and then-Deputy Director Andy McCabe. “[I]f they are going to try to blow up the regs we need to get that to andy and d soonest,” Strzok wrote. This suggests the “media leak strategy” Strzok was discussing related to his attempts to protect the bureau’s existing anti-leak policy from what he saw as political interference from the Trump administration.

Meadows’ letter also asserts that Strzok congratulated Page on a “job well done” after two articles appeared that disclosed classified information on the FBI investigation into former Trump campaign aide Carter Page’s contacts with Russians. Marcy Wheeler, a national security blogger, theorizes that Strzok was talking about an effort to identify who leaked the Page information. But Strzok and Lisa Page may not have been talking about the Carter Page reports at all. Nadler and Cummings noted the compliment came in a string of texts that follow one stating, “Article is out!” That exchange may actually refer to “to a New York Times profile of Comey published on April 22,” Democrats say. It’s not clear if Page provided information for the article. That piece appeared the day the “well done” message was sent. The Carter Page articles came out 10 days earlier.

“Republicans in Congress repeatedly cherry-pick, mischaracterize, and then leak bits and pieces of documents to fabricate conspiracy theories to protect President Trump, and this is just the latest example,” Nadler and Cummings argue in their release.

Asked Tuesday if Meadows stood by the assertions in his letter, a spokesman for congressman declined to comment.