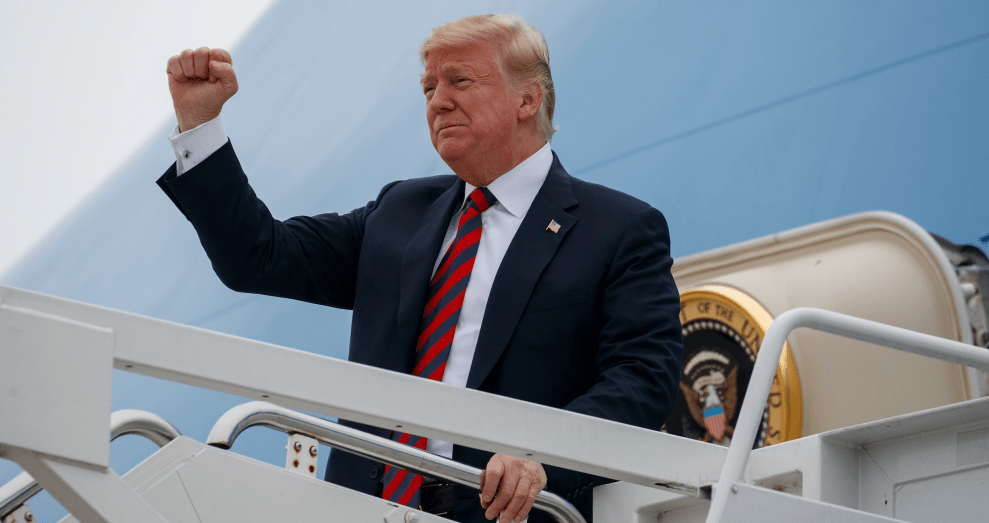 President Donald Trump on Monday was unwavering in his support for Brett Kavanaugh amid a second allegation of sexual misconduct against the Supreme Court nominee, lashing out at the accusations as the “single most unfair” controversies intended to derail a candidate “for anything.”

“I am with him all the way,” Trump said as he arrived in New York for the UN General Assembly. “There’s a chance that this could be one of the single most unfair, most unjust things to happen to a candidate for anything.”

"Judge Kavanaugh is an outstanding person and I am with him all the way." https://t.co/22VoJKP6Gr pic.twitter.com/dHORkCxza1

The remarks come the morning after the New Yorker published an account from Deborah Ramirez, a former classmate of Kavanaugh’s at Yale, who alleged Kavanaugh “thrust his penis” in her face during a drunken party their freshman year. Kavanaugh has denied the new allegation as a “smear.” Meanwhile, Christine Blasey Ford, who accused Kavanaugh of sexually assaulting her during a party in the 1980s, is scheduled to testify before the Senate Judiciary Committee on Thursday.

In the wake of the second allegation, Sen. Dianne Feinstein (D-Calif.) on Sunday called on the committee to immediately postpone further proceedings for Kavanaugh’s nomination process. “We need a fair, independent process that will gather all the facts, interview all the relevant witnesses, and ensure the Committee receives a full and impartial report,” Feinstein wrote in a letter to committee chairman Sen. Chuck Grassley (R-Iowa).