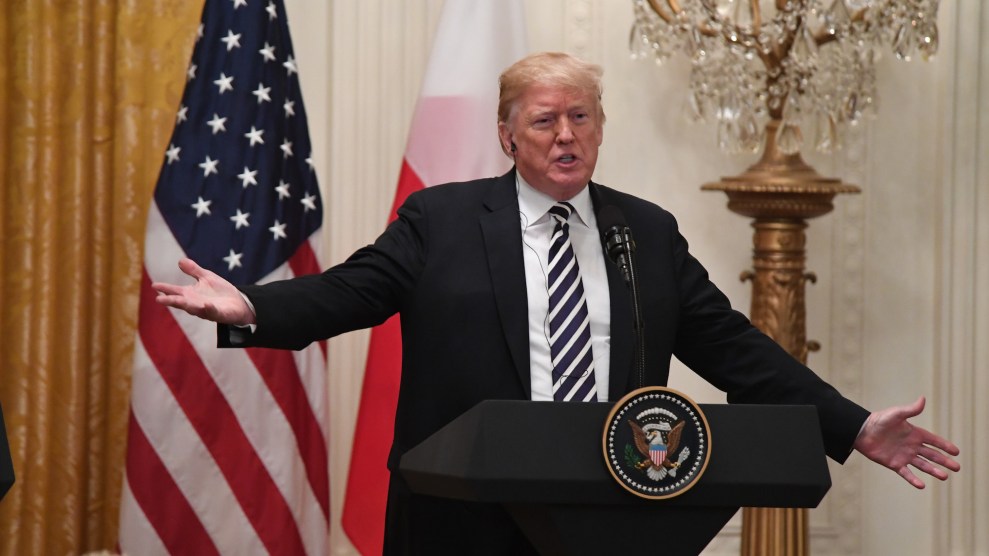 Democrats hold a 12-point lead in congressional preference among registered voters according to a new poll that suggests trouble for Republicans in the midterm congressional elections in six weeks.

Those results exceed the minimum that political handicappers generally see as necessary for Democrats to regain control of the House of Representatives. The Democrats’ large lead may also increase their chances to regain a majority in the Senate, despite a map that leaves more Democratic than Republican seats up for grabs. Democrats have vowed to increase oversight of the Trump administration if they assume control of either chamber.

The poll does have some good news for Republicans. It shows GOP enthusiasm about the election has increased to nearly match Democrats, and that 70 percent of all voters are satisfied with the economy.

But the survey of 900 of registered voters, conducted September 16-19, found 52 percent say they prefer a Democratic-controlled Congress, to 40 percent who want GOP control. The poll has a margin of error of plus or minus 4 percentage points. These results represent Democrats’ highest showing during the election cycle, up from an eight-point lead in August. Among voters pollsters deem mostly likely to vote, Democrats’ advantage is smaller: 51 percent to 43 percent.  Among moderates and independents, Democrats lead Republicans by 30 points, and for the important group of women voters over the age of 50, Democrats lead by 20 points.

The high-profile hearing set for Thursday in which Christine Blasey Ford will describe her allegation that Supreme Court nominee Brett Kavanaugh sexually assaulted her while they were in high school, along with Republican efforts to ram through Kavanaugh’s unpopular nomination over Democratic objections, could worsen Republicans’ position. While the GOP still believes the fight to confirm Kavanaugh will motivate their base, the nomination increasingly appears likely to damage Republicans among female voters and in suburban congressional districts.