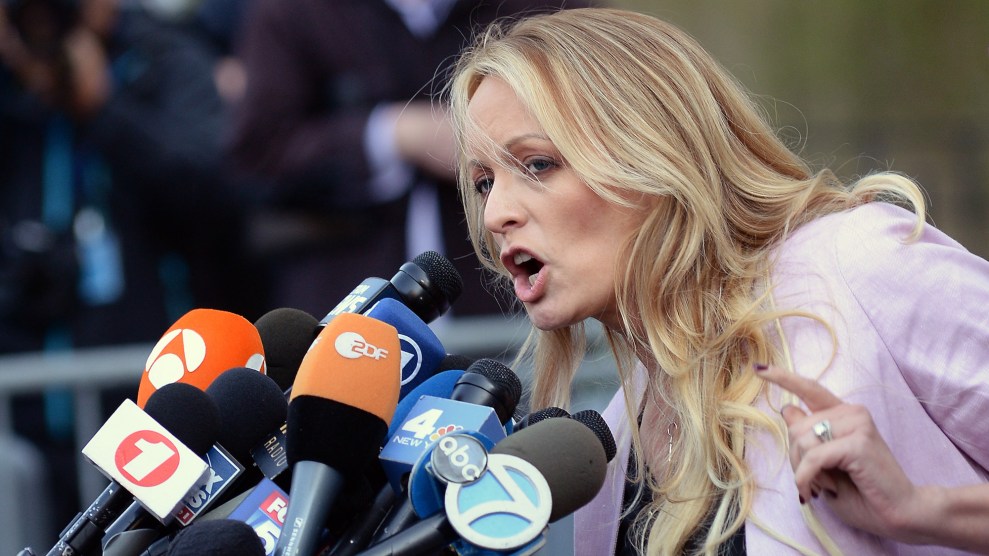 Stormy Daniels is back in the news and this week’s release of her new memoir is reportedly preoccupying President Donald Trump.

The title “Full Disclosure,” refers to the pornographic film star’s freedom from a nondisclosure deal with Trump which was made before he became president. Daniels, whose real name is Stephanie Clifford, was paid to keep quiet about an affair she had with Trump. Clifford received $130,000. Trump’s longtime personal attorney Michael Cohen will likely receive a jail sentence.

Cohen pleaded guilty in August to engaging in a conspiracy to violate campaign finance law by making an election eve payment to Daniels in a bid to keep her from disclosing her claim that she had sex with Trump in 2006 during a celebrity golf tournament in Reno, Nevada, shortly after his wife Melania gave birth to their son Barron. Cohen’s plea implicates Trump in the illegal campaign payment, though it is not clear what sanction Trump might face.

Daniels’ deprecation of Trump’s sexual prowess, (“least impressive sex I ever had”) and her comparison of his penis to the “mushroom character in Mario Kart” has already made news. So has her description of Pittsburgh Steelers quarterback Roethlisberger, twice accused of rape during his career, terrifying her with advances after Trump told him to walk her to her hotel room.

Daniels’ memoir also describes her love of horseback riding and her early struggles while growing up poor in Louisiana. She says she was repeatedly raped at age nine, and that a school counselor did not believe her. Meanwhile, her mother ignored the story for fear of being called a bad parent.

Reviewers have said the book, like Daniels, is intelligent, raunchy and ceaselessly self-promoting. Under headline that calls the book “funny, vulgar, brash and believable,” Washington Post reviewer Jill Filipovic writes: “I found myself alternately appreciating her crass and self-aware humor, and cringing at her shameless self-aggrandizement. It struck me, repeatedly, that she’s a bit like the female flipside of Trump: fixated on her greatness, unabashedly bragging about her achievements and a touch vain.”

Per four people who've talked to Trump in last two days, his attention has been far more focused on whether Kavanaugh gets through and even the Stormy Daniels book than on the Rosenstein story.