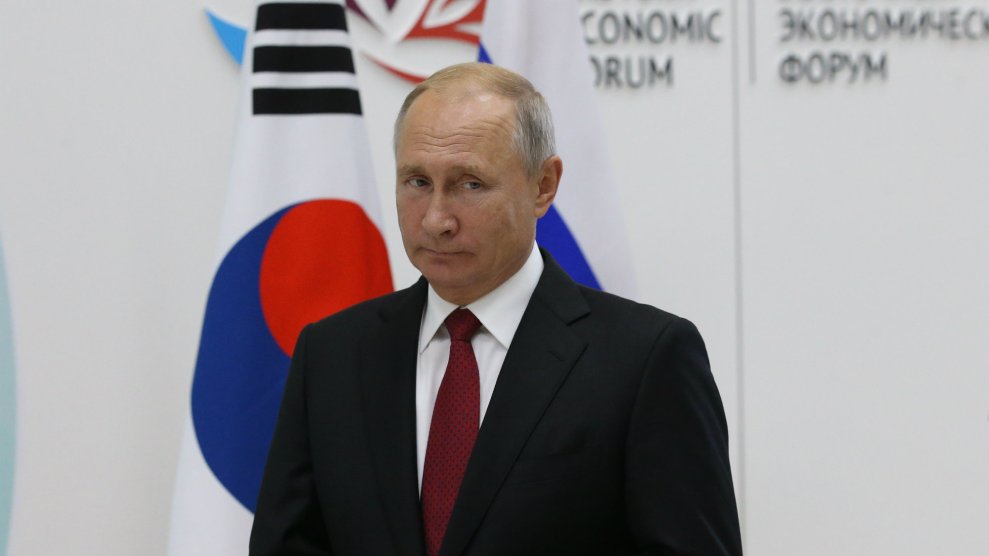 Russian legislators took a stab at regulating the act of dueling this week with the introduction of a 53-page bill, which would clarify when and how state and municipal employees could challenge citizens with dissenting viewpoints to a battle to death, according to MBH Media, a website run by Kremlin critic Mikhail Khodorkovsky.

The regulations, which were drafted by members of the ultranationalist Liberal Democratic Party and submitted to Russia’s lower house of parliament, categorizes “all possible cases and reasons” for conducting duels and specifies that they must only occur “between equals.”

Earlier this week, the head of Russia’s internal security force challenged opposition leader Alexei Navalny to a duel in a video posted to the Russian National Guard’s YouTube page, according to the Guardian. “Nobody has ever given you the spanking you deserve, so hard that you felt it in your liver,” said Viktor Zolotov, who formerly served as President Vladimir Putin’s bodyguard. “I promise in several minutes to make a nice, juicy steak out of you.”

Dueling has a long, illustrious history in Russia. Legendary tsar Peter the Great reportedly threatened to hang any participants in duels “whether they’re dead or alive,” but the practice nonetheless grew in popularity over the next century. Russian poet Alexander Pushkin famously died in a duel with his brother-in-law, only a few decades after another notable Alexander lost his fatal duel with Vice President Aaron Burr.