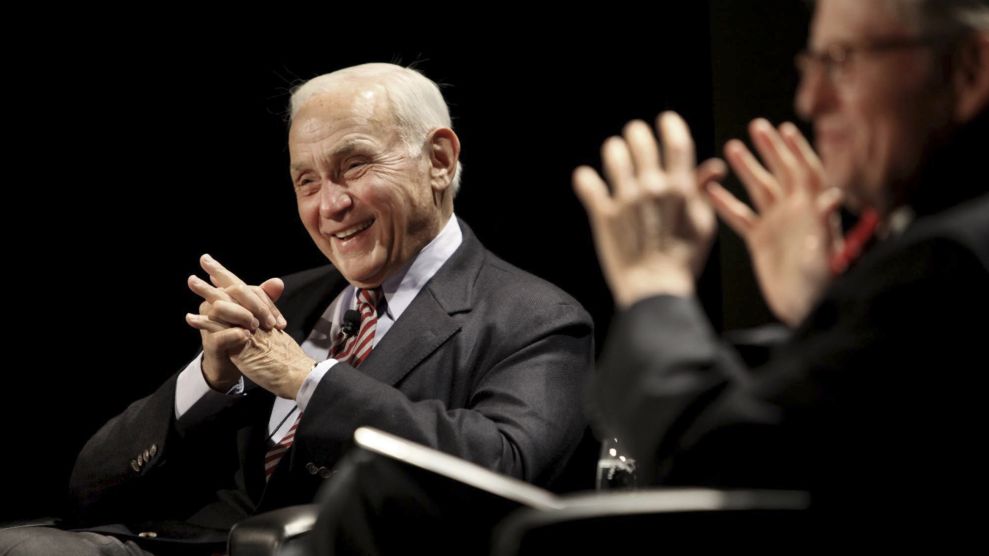 Ohio’s wealthiest Republican donor, Leslie H. Wexner, has left the party, saying he is fed up with its antics, the Columbus Dispatch reported.

“I’m an independent,” Wexner said at an event for Ohio business leaders Thursday night, noting that he had been a Republican since his college days. “I won’t support this nonsense in the Republican Party.”

Wexner is the founder and CEO of L Brands, a company whose holdings include Victoria’s Secret and Bath & Body Works. He’s been a long time and major donor to Republican politicians and committees. Wexner gave $250,000 in 2012 to a super-PAC backing Mitt Romney’s campaign; in 2016, he and his wife Abigail donated more than $2 million to candidates, with Leslie contributing $500,000 in support of Jeb Bush’s presidential bid.

Since the election, the billionaire has been critical of President Trump, noting in a speech to his employees last year that he felt “dirty” and “ashamed” by the president’s response to a white nationalist and far-right rally in Charlottesville, Virginia that turned violent. At the time, Wexner, who is Jewish, said he was unable to sleep because of the incident, telling himself that “I have to do something because the leader of our country is behaving poorly.”

Over the past year, Wexner and his wife have donated to initiatives that foster bipartisan civility, as well as contributing $2.8 million to With Honor, a PAC that supports military veterans running for office. His comments distancing himself from the GOP came soon after former President Barack Obama made a little-noticed appearance at the same event, before heading to a rally in Cleveland to support Democrat Richard Cordray, who is running for governor.

At the event on Thursday, Wexner stressed the importance of speaking up: “If you don’t think things are right, open your mouth.”