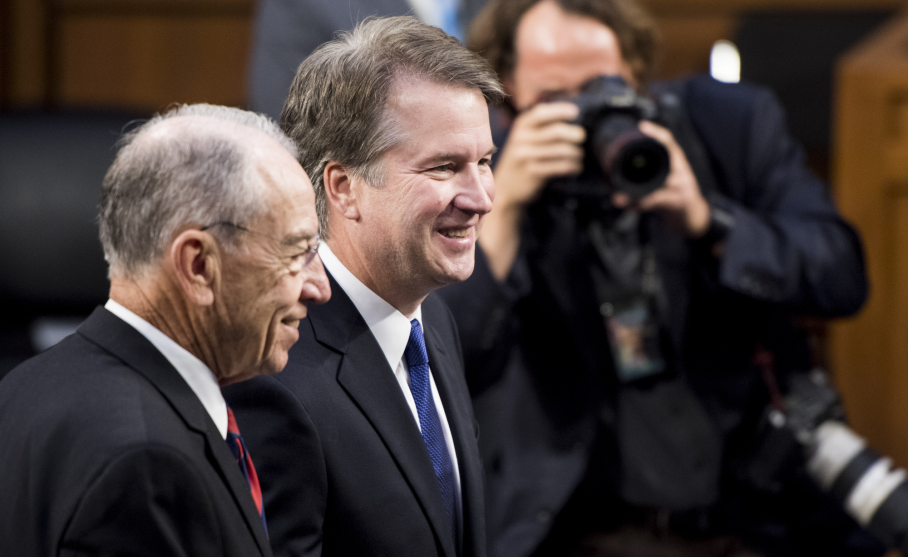 Update, 2:55 pm EST: Christine Blasey Ford said she was willing to testify before the Senate Judiciary Committee next week. Ford’s attorney continues to negotiate the terms of her appearance. We will update as more information is provided.

In a decision late Friday night, Senate Judiciary Chairman Chuck Grassley (R-Iowa) announced that he would give Christine Blasey Ford one more day to negotiate the terms of her testimony before lawmakers next week on the allegations of sexual assault she has made against Supreme Court nominee Brett Kavanaugh.

The decision to extend the deadline from 10 pm EST Friday to 2:30 pm EST Saturday came after Ford’s lawyers sent a scathing letter to Grassley slamming the initial deadline as “arbitrary” with the intent of intimidating Ford from testifying. “Your cavalier treatment of a sexual assault survivor who has been doing her best to cooperate with the Committee is completely inappropriate,” Ford’s lawyer Debra Katz wrote.

Grassley made the announcement in an odd tweet directed at Kavanaugh. The message also appeared to ask for Kavanaugh’s forgiveness as the committee continued negotiations with Ford’s lawyers.

Judge Kavanaugh I just granted another extension to Dr Ford to decide if she wants to proceed w the statement she made last week to testify to the senate She shld decide so we can move on I want to hear her. I hope u understand. It’s not my normal approach to b indecisive

He followed up with another tweet mocking Senate Minority Leader Chuck Schumer (D-N.Y.).

During a rally in Missouri Friday evening, President Donald Trump praised Kavanaugh as “central casting” and a “brilliant man.”