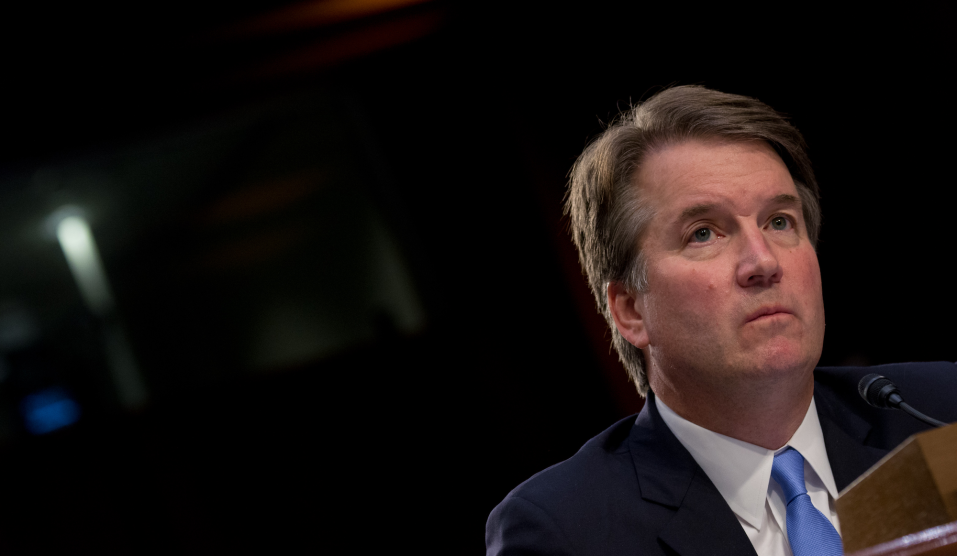 Update, 10:15 a.m.: Shortly after the interview aired, Kavanaugh released a statement again denying the accusations, adding that he was willing to speak before the Senate Judiciary Committee to defend himself. “Because this never happened, I had no idea who was making this accusation until she identified herself yesterday,” the statement read. “I am willing to talk to the Senate Judiciary Committee in any way the Committee deems appropriate to refute this false allegation, from 36 years ago, and defend my integrity.”

The attorney representing Christine Blasey Ford, the woman accusing Supreme Court nominee Brett Kavanaugh of sexual assault, said on Monday that her client is willing to testify before Congress about her allegations.

“She is, she’s willing to do whatever it takes to get her story forth, yes,” attorney Debra Katz said during an appearance on the Today show.

Katz said Ford had not taken a position on whether Kavanaugh should withdraw as President Donald Trump’s pick to replace Anthony Kennedy on the high court—though she noted that her client believes the alleged incident is relevant to the confirmation process. Ford came forward to the Washington Post on Sunday with detailed accusations of sexual assault by Kavanaugh when they were teenagers in the 1980s. Kavanaugh has denied the allegations.

“She believes that these allegations obviously bear on [Kavanaugh’s] character and his fitness—and the denials, of course, also bear on his character and fitness,” Katz said.

“She has taken a polygraph,” Katz continued. “She is a credible person. These are serious allegations and these should be addressed.”

Katz also said Ford believed the incident with Kavanaugh was an attempted rape. “She believes that if it were not for the severe intoxication of Brett Kavanaugh, she would’ve been raped,” Katz said.

“She has taken a polygraph. She is a credible person. These are serious allegations, and these should be addressed.”

Kellyanne Conway on Ford: "This woman should not be insulted and she should not be ignored… This woman will be heard… that has to be weighed against what we already know, which is that Judge Kavanaugh is a man of character and integrity." pic.twitter.com/KO9rbBmmNA

In the wake of the allegations against Kavanaugh, which first emerged last week through reports of a letter by an unidentified woman who had contacted Democratic lawmakers over the summer with her account, Democrats are demanding the confirmation process be put on hold until they hear more from Ford. (A committee vote on the nomination is currently scheduled for Thursday.) A handful of Republican senators, including Jeff Flake (Ariz.), Lisa Murkowski (Alaska), and Sen. Bob Corker (Tenn.), appeared to join their Democratic colleagues, signaling that the vote may need to be postponed.

Some Republicans calling on Ford to testify in the wake of her explosive story had reportedly believed that she would decline their invitations to speak before the Senate Judiciary Committee—a move they presumably imagined would cast doubt on her credibility. Katz’s interview on Monday seems to have undercut that strategy.