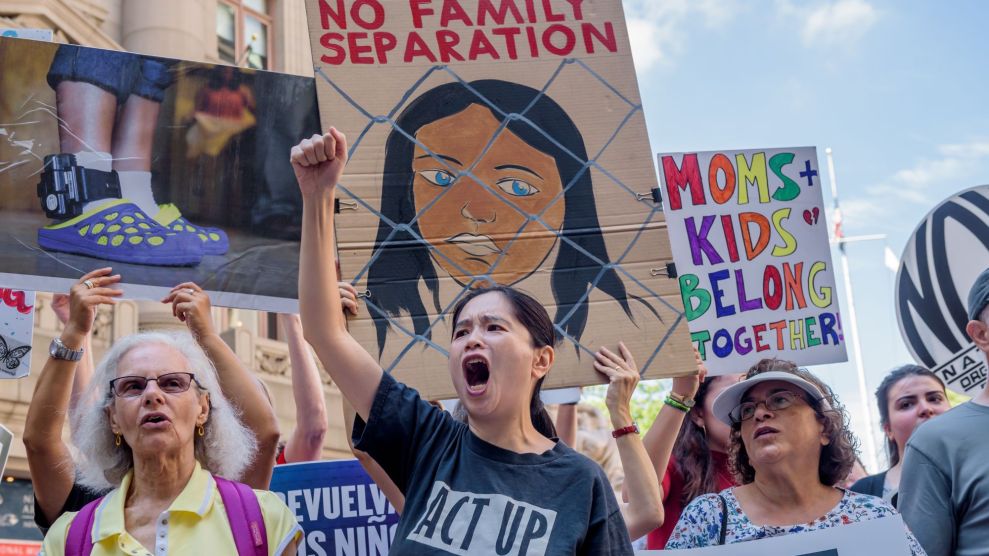 The Trump administration finally has a plan to reunite the hundreds of migrant children whose parents were separated from them at the border and then deported while the president’s family separation policy was in effect.

The plan is the latest development in the American Civil Liberties Union lawsuit over the government’s family separation policy and comes a week after Judge Dana Sabraw excoriated the Trump administration for its “unacceptable” progress in reuniting kids, currently in Office of Refugee Resettlement custody, with their deported parents. Last week, the government had insisted that the ACLU should be responsible for finding and contacting the children’s parents, but Sabraw disagreed.

On Friday, Sabraw gave the go-ahead to a government proposal that outlines a five-step process by which those families can be reunited. After confirming the identity of the children’s parents and making contact with adults, the government plans to “determine parental intention”—giving parents the option to have their children sent back to their home countries, or waive their right to reunification and leave the kids in ORR custody. The plan does not give families an option to reunite in the United States.

Sabraw told the government and the ACLU to “keep up the good work” but stressed that it was important to locate the 26 parents who have not yet been found.

The Justice Department proposal still calls for the ACLU to play a key part in the proceedings. For instance, the government has said the ACLU should come up with a form for parents outside the U.S. to waive their reunification rights if that’s what they choose.

It has now been more than two weeks since the government blew its deadline to reunite hundreds of separated families, of which families with deported parents are only a part. A total of 559 children are still separated from their parents, while 1,992 have been reunited. At the status conference Friday, Sabraw also gave the government a deadline of next Wednesday for providing the ACLU with information about parents who haven’t been deported but remain separated from their kids—for instance, because they’re detained or because they’ve declined to be reunited.