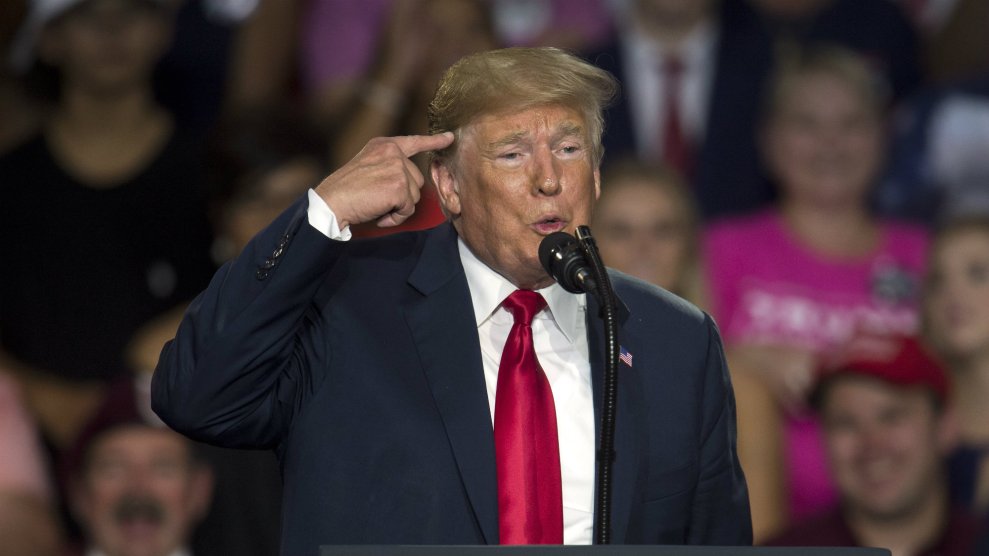 “It would matter as an individual,” Williams told CNN’s Victor Blackwell. “It would not necessarily matter to me as the person that is running our country.” And, Williams said, it “sets a bad precedent” to hold Trump, the president, accountable for allegedly using the N-word before becoming president.

Georgia Sen. Michael Williams tells @VictorBlackwell: I don’t have a problem with Donald Trump having used the N-word in the past as my president. https://t.co/D7DC2M1nCn pic.twitter.com/1y3bRrXgvB

“I would always say using the N-word is wrong, and is bad, and should never be accepted in our society,” he added. “But just because [Trump] might have done it years ago, not as our president, doesn’t mean that we need to continue to berate him because he used it.”

The question came up after former White House aide Omarosa Manigault Newman claimed that a recording existed of Trump using the racial slur while on the set of the Apprentice. Earlier this week, White House press secretary Sarah Huckabee Sanders told reporters she could not guarantee that the American people would never hear such a recording, but Sander noted that she had not heard the president say the word. On Monday, Trump denied ever saying the word.

.@MarkBurnettTV called to say that there are NO TAPES of the Apprentice where I used such a terrible and disgusting word as attributed by Wacky and Deranged Omarosa. I don’t have that word in my vocabulary, and never have. She made it up. Look at her MANY recent quotes saying….

Williams might sound familiar to close watchers of Georgia politics. During the states GOP gubernatorial primary, Williams infamously launched a campaign tour on his “Deportation Bus,” which bore the messages: “Danger! Murderers, rapists, kidnappers, child molesters, and others on board,” and “Fill this bus with illegals.”

“We’re not just gonna track ’em and watch ’em roam around our state,” Williams said in announcing the tour. “We’re gonna put ’em on this bus and send ’em home.” He failed to make it through the first round of the May primary, earning less than 5 percent of vote.