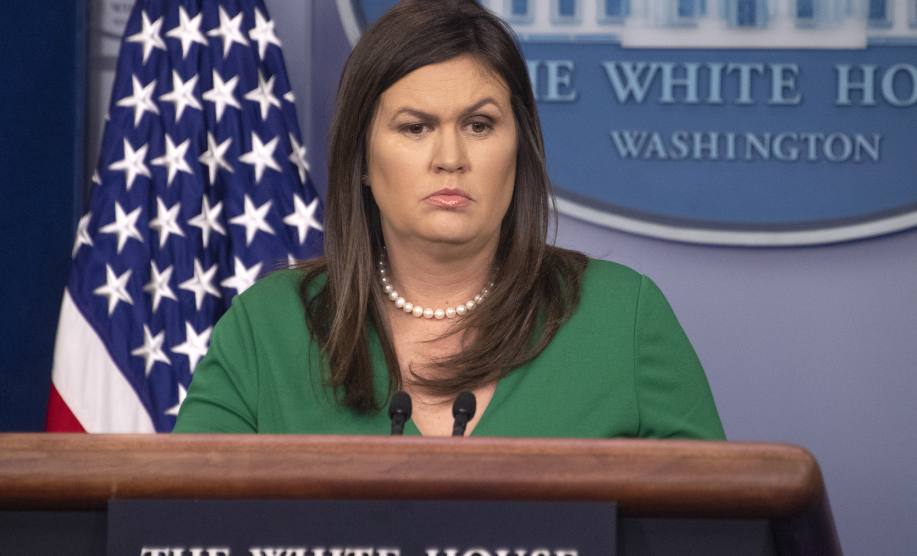 It’s been nearly three weeks since the White House first announced that President Donald Trump was considering revoking the security clearances for top former officials who have criticized him, including John Brennan, the former CIA director under Barack Obama, who has regularly condemned Trump’s fitness for office both on social media and in television appearances.

What responsible & right-thinking adult can point to @realDonaldTrump as a role model for our youth? Whenever he spews lies, insults, and polarizing hate speech against fellow Americans, think of its harmful impact on our young people and the way they talk, act, & treat others. https://t.co/S8sPpydvt9

Fast-forward to Wednesday, when Trump followed through on the extraordinary threat and stripped Brennan of his security clearance. Reading from a statement by the president, press secretary Sarah Huckabee Sanders cited Brennan’s “erratic” behavior and “wild outbursts” for the decision, her face not once registering the irony of these accusations considering the source.

But many questioned the timing of Trump’s decision, which comes amid claims made by former White House aide Omarosa Manigault Newman that appear to substantiate previous rumors of a secret tape of Trump saying the N-word. A follow-up email to reporters from the White House is fueling speculation that Trump is hoping to distract from those very rumors. Note the timestamp:

Looks like the White House has been holding this Brennan announcement for a rainy day for three weeks, since July 26 pic.twitter.com/XGUe0TMTqw

Has the White House been saving the Brennan decision for a crisis like the one Manigault Newman has prompted with her new book? Did the July 26 announcement get pushed back in order to deal with Michael Cohen’s claims that Trump knew about the June 2016 meeting inside Trump Tower?

Perhaps the most important question, however, is why is the Trump White House just so bad at this?