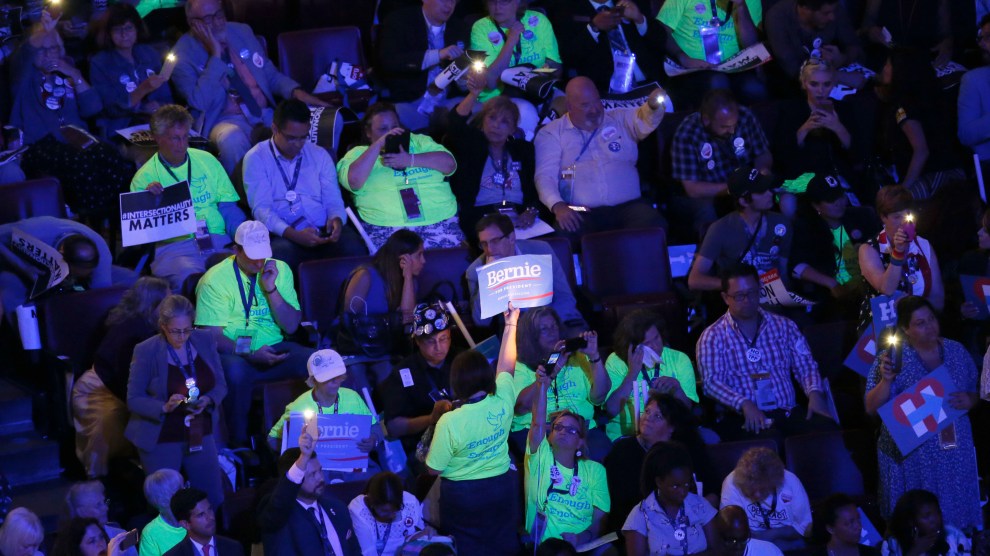 The Democratic National Committee voted on August 25 to reduce the role of so-called superdelegates—high-profile party figures who are not elected as delegates—and potentially their power over the process of determining the Democratic presidential nominee. Superdelegates will still exist under the new reforms and can endorse candidates, but they will only get to cast a vote in the rare event of a contested convention.

The old system caused sharp intra-party conflict during the 2016 presidential primaries. Many supporters of Vermont Sen. Bernie Sanders felt that superdelegates’ early and overwhelming support for Hillary Clinton unfairly created a sense of Clinton’s inevitability as the nominee, in effect rigging the system in favor of the party establishment.

Passions ran high on both sides in the run-up to the reform vote. One pro-Sanders activist even fasted for a week, calling the move a physical expression of her hunger for change. For their part, some influential Democrats strongly resisted the change, which was pushed by DNC Chairman Tom Perez. Rep. Cedric Richmond (D-La.), the chairman of the Congressional Black Caucus, said the move would “disenfranchise” some current superdelegates.

For some context on what this change could mean for Democrats, Mother Jones spoke with Diana Evans, a political science professor at Trinity College who studies party politics.

Mother Jones: How much did the DNC’s rule change have to do with the 2016 primaries?

Diana Evans: I think it was a direct response. The party is really very focused on trying to unify its progressive and more establishment or moderate wings. It seems to me that it is a response to try to make sure that whoever wins the next primary, all Democrats are going to unite behind that person.

MJ: Is the change likely to have a real effect on future primaries?

DE: It’s probably not going to change anything, because the superdelegates’ votes have never been needed to choose a nominee or to switch the choice of the primary and caucus voters—that is, from the choice of the regular delegates. We haven’t had [a contested Democratic convention] in almost 70 years. So I don’t think there’s going to be much direct effect on convention outcomes. But parties are about more than just how votes are cast on the convention floor.

Superdelegates contributed to the Sanders narrative that there was something rigged about the primary. I don’t think that was an accurate argument. But it led to a general sense of discontent that made it difficult, if not impossible to bring the party together in November and get those Sanders people out to vote for Clinton.

MJ: Why don’t you buy that argument?

DE: It’s hard for me to believe that the typical Democratic voter is looking to superdelegates to see whom they endorse. We know that newspaper endorsements don’t have much effect on outcomes. My guess is that the endorsement of a member of Congress or a mayor doesn’t have a lot of impact on people who are motivated enough to go out and vote in a primary. Primary voters are pretty motivated. They’re out there consuming the news and making up their own minds.

MJ: What do you think of the criticism of the old system as anti-democratic? We put a lot of emphasis on representative democracy in the US, on the assumption that the most direct forms of democracy are not always good ideas.

DE: That’s kind of a nice way to put it. If you look at much of our country’s history, presidential nominees were decided in the classic smoke-filled room by top party leaders, machine bosses and people like that. We’ve moved a very long way from that, to a much more democratic system. So I don’t have a serious problem with having experienced people who may know more about the candidates, who know something about their character, their effectiveness as, say, legislators or governors. I don’t see anything wrong with those people having a formal role in the [nomination] process. I think that’s perhaps a good counter to tendencies toward populism, which could be destructive.