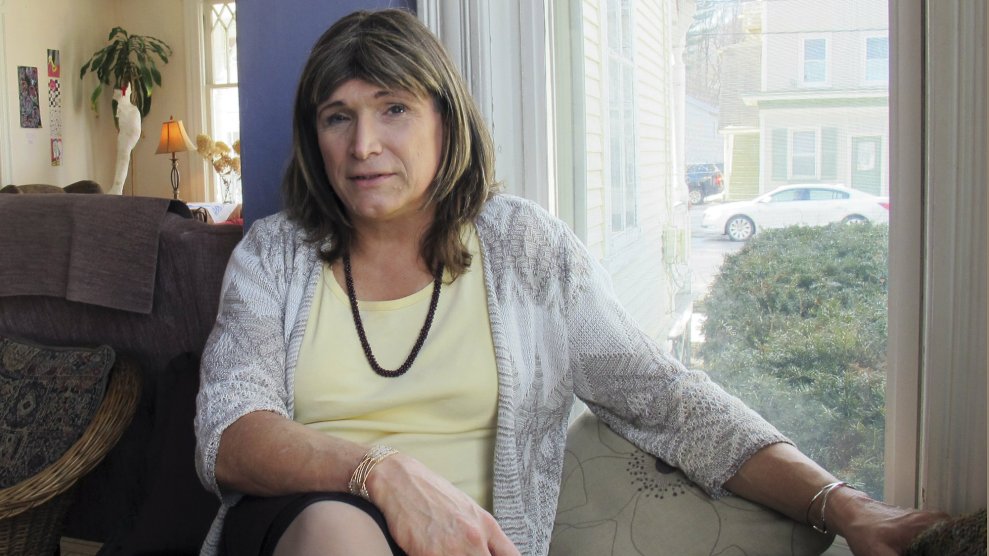 Christine Hallquist, the former chief executive of a Vermont utility firm, won the state’s Democratic primary Tuesday, becoming the first ever openly transgender nominee for governor from a major party anywhere in the country. She will face incumbent Republican Gov. Phil Scott for a chance to make history in November.

Hallquist’s opponents in the four-way Democratic primary included James Ehlers, an outspoken environmentalist and former editor of a hunting magazine; Brenda Siegel, a grassroots activist; and Ethan Sonneborn, who is 14 years old. (Vermont has no age requirement for gubernatorial candidates.) None of the Democrats, including Hallquist, has ever held statewide office.

In Vermont, a progressive state and the first to abolish slavery and legalize same-sex marriage by legislative choice, Hallquist’s gender identity was “relegated to a non-issue,” Politico reported last week. She barely emphasized it on the campaign trail, instead focusing on her wonky signature issue: laying high-speed, fiber-optic cable statewide to ensure that even the most rural areas of Vermont have internet access.

My fiber plan addresses how the state needs ubiquitous fiber with triple redundancy in our fiber routes. If this can happen on a nice summer day imagine what a storm could do. #vtpolihttps://t.co/A9wOwo5u8l

With a win in November, Hallquist would join a small but growing number of transgender elected officials across the country, including Virginia state lawmaker Danica Roem, whose close victory over a socially conservative Republican incumbent last year garnered international attention. Hallquist would be the first transgender elected official in Vermont.

At least 40 transgender candidates are running for office this election cycle, spurred on in part by an increase in transgender visibility and as a reaction to President Donald Trump’s divisive rhetoric, according to Reuters. That divisiveness has extended beyond rhetoric: In March, for example, Trump signed a memorandum banning most people “with a history or diagnosis of gender dysphoria” from serving in the military, announcing in a tweet that the military “cannot be burdened with the tremendous medical costs and disruption that transgender in the military would entail.” And earlier this year, the Trump administration announced the creation of a new agency to protect medical professionals who refuse to treat transgender patients.