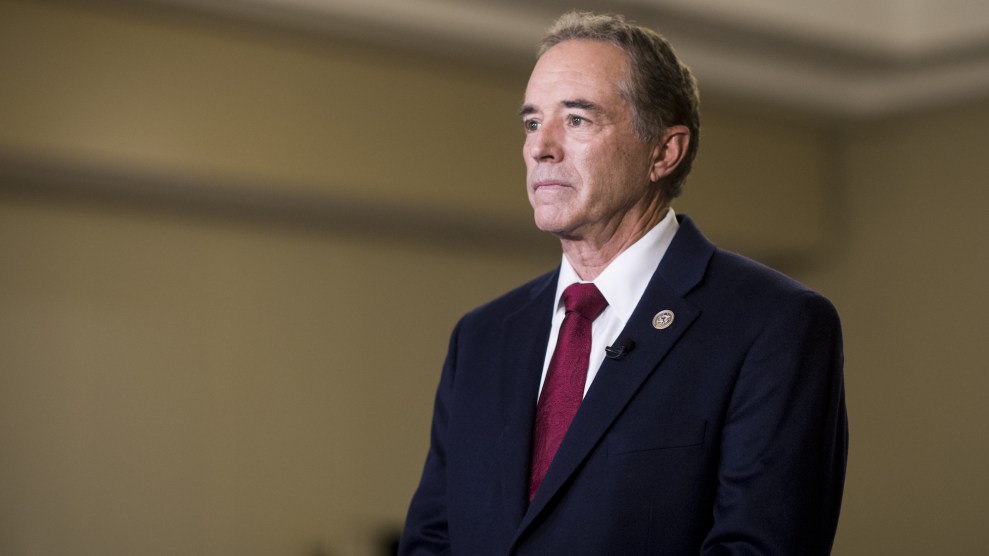 Embattled New York Congressman Chris Collins announced Saturday that he is suspending his reelection campaign—a move that comes several days after he was indicted on federal insider trading charges. Collins said in a statement that he will finish out his current term “to support President Trump’s agenda.”

According to prosecutors, the congressman, who was on the board of an Australian pharmaceutical company, passed insider information about a failed drug trial to his son. Collins’ son and others then allegedly sold their stock before its price plummeted, avoiding $768,000 in potential losses.

“I will also continue to fight the meritless charges brought against me and I look forward to having my good name cleared of any wrongdoing,” Collins said in his statement.

Collins has the distinction of being the first sitting lawmaker to endorse Donald Trump for president. The three-term congressman represents a heavily Republican district—Trump won by 24 points in 2016. After Collins’ indictment, the Cook Political Report quickly changed the district’s rating from solid Republican to likely Republican.

At this point, it’s not clear how easy it will be for Republicans to replace Collins on the ballot. New York state has especially strict rules limiting the situations in which a candidate can drop out. Basically, he’d have to die, run for another office, or leave the state, elections expert Jerry H. Goldfeder told the New York Times.

A Republican operative told CNN Saturday that the party might indeed nominate Collins for a town clerkship in order to remove him from the congressional ballot. A local GOP official, meanwhile, told Politico that the party had yet to finalize its plans, but “he noted Collins owns houses in Florida and Washington, DC.”

In an email to Mother Jones, however, Goldfeder said he believed it would be too late for Collins to withdraw from the race by moving out of state. “The only way he can be replaced is if the Republicans are brazen enough to run him for another office,” Goldfeder said. “He cannot move out of the state before Election Day.”