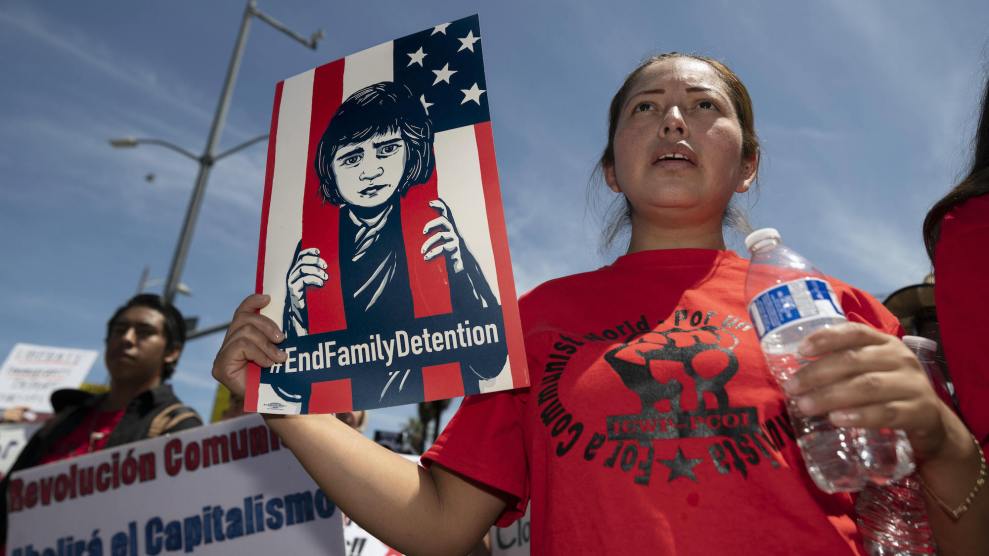 A federal judge in San Diego is set to rule this weekend on a request by the American Civil Liberties Union for a restraining order that would prevent the Trump administration from deporting newly-reunified families for one week.

US District Judge Dana Sabraw last week temporarily blocked deportations of families that have been reunited after children were separated from their parents. In a hearing Friday, according to news reports and the ACLU, he said he will consider imposing a new seven-day delay to allow them time to consider whether they want to abandon their hopes for asylum and depart the United States as a family, or leave their children behind in hopes they will receive asylum. Government attorneys called the additional delay unnecessary arguing that families have had sufficient time consider their options while they were detained.

Federal agencies have scrambled to reunite 1,820 children separated from their parents at the border since President Trump reversed course on his family separation policy last month. Federal lawyers said in court that as of the Thursday deadline set by Sabraw, 1,442 children had been returned to their parents, while another 378 were discharged into “other appropriate circumstances.” More than 700 additional children reportedly remain in federal hands, while many of their parents have already been deported without their children. The ACLU argued Friday that 120 parents who had agreed to waive reunification with their child didn’t understand what they were signing and needed more time consider the decision.

Sabraw said in court that “the government deserves great credit,” for their reunification efforts thus far, while also faulting them for initially imposing the policy without sufficient planning. “The government is at fault for losing several hundred parents in the process,” he said.

On Saturday Trump tried to seize the offensive on immigration policy. In a video posted on Twitter, the president renewed his attacks on Democrats over calls by some lawmakers for the abolition of Immigration and Customs Enforcement, or ICE. Trump reminded his viewers that ICE was created as part of a federal reorganization following the September 11, 2001 terrorist attacks that, he emphasized, “were carried out by foreign nationals who exploited our immigration laws.”

ICE, however, has nothing to do with the patrol of US borders, which is the responsibility of agents in US Customs and Border Protection. Still, Trump argued that ICE’s abolition would cause open borders and crime, warning that ultimately, “We wouldn’t even have a country.”