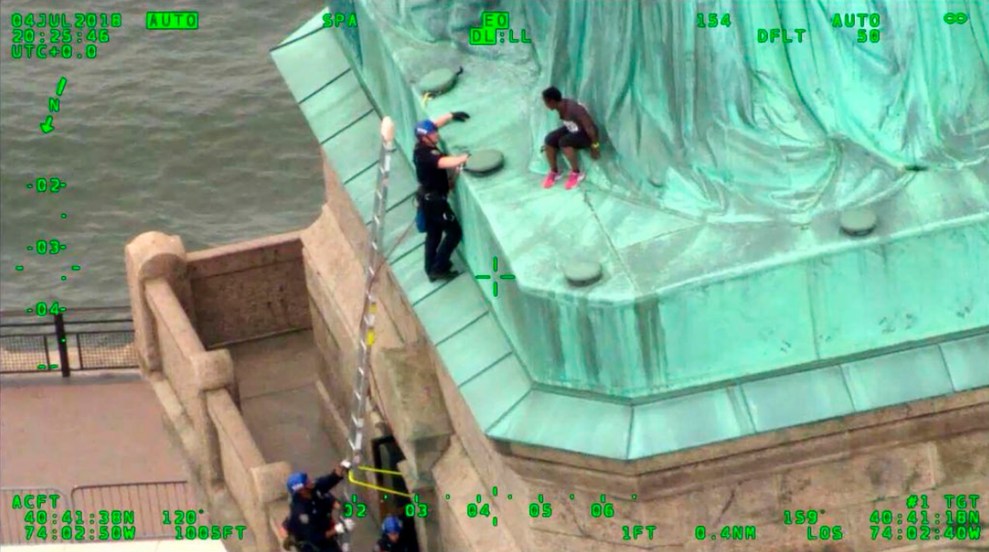 Therese Patricia Okoumou, the woman who scaled the Statue of Liberty on the Fourth of July to protest the Trump administration’s immigration policies, spoke to reporters Thursday, where she continued speaking out against the push to separate migrant children from their families at the border.

Outside a Manhattan federal courthouse, where she pled not guilty to all charges of disorderly conduct and trespassing, Okoumou cited former first lady Michelle Obama in her remarks.

“Michelle Obama, our beloved First Lady that I care so much about said, ‘When they go low, we go high,’ and I went as high as I could,”  Okoumou said, sparking loud cheers from supporters.

She continued: “Trump has wrecked this country apart. It is depressing, it is outrageous. I can say a lot of things about this monster but I will stop at this: His draconian, zero-tolerance policy on immigration has to go. In a democracy, we do not put children in cages. Period.”

On Wednesday, the National Park Service shut down Liberty Island after Okoumou climbed to the base of the Statue of Liberty and refused to come down. Police on the scene were forced to climb to where Okoumou had positioned herself. The three-hour standoff concluded with Okoumou eventually cooperating with police, who arrested her once they were safely back on the ground.