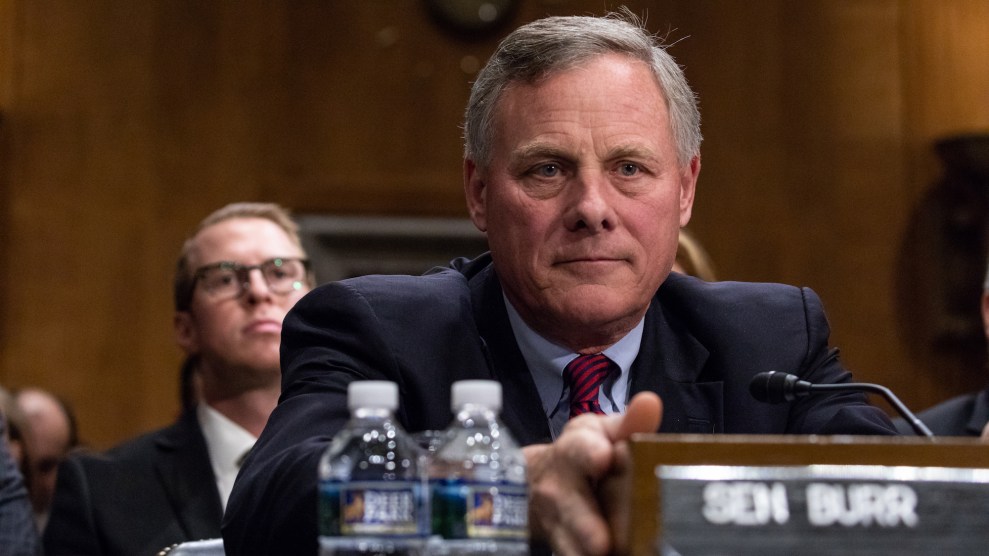 The Republican-run Senate Intelligence Committee on Tuesday repudiated President Donald Trump’s denials that Russia interfered to help his 2016 campaign. But the release of the committee’s report—at around 3 p.m., just before the July 4 holiday—suggests that the Senate Republicans are eager to keep their differences with Trump out of the sunlight.

The committee noted that the CIA and FBI had “high confidence” that Russia favored Trump.

The report comes five days after Trump seemed to endorse Russian President Vladimir Putin’s denial, in the face of US intelligence agencies’ conclusions, that Russia interfered in the 2016 election: “Russia continues to say they had nothing to do with Meddling in our Election!” Trump tweeted Thursday.

Although Republicans in the House have openly aimed to discredit the Justice Department’s investigation into the Trump campaign’s Russian ties, Tuesday’s seven-page report saw the Senate committee’s Republicans siding with US intelligence and law enforcement, including the FBI.

The report endorses the January 6, 2017 Intelligence Community Assessment, or ICA, finding that Putin ordered an influence campaign in 2016 with the goals of undermining Americans’ faith in the democratic process and denigrating former Secretary of State Hillary Clinton. The assessment also concludes that Russia “developed a clear preference for” Trump.

“The ICA is a sound intelligence product,” the committee says, noting it was produced after “reasonable, transparent and open” debate. The committee said intelligence analysts they interviewed reported “no politically motivated pressure to reach any conclusions,” and noted that the CIA and FBI had “high confidence” that Russia favored Trump, while the National Security Agency had “moderate confidence.”

The Senate report also rejects claims that the so-called Steele dossier—a set of memos by a former British intelligence agent—informed the intelligence community finding that Russia interfered in the election. “All individuals the Committee interviewed verified that the dossier did not in any way inform the analysis in the ICA,” the report says.

The report mentions that the committee’s investigators reviewed evidence of “an extensive Russian effort to manipulate social media outlets” that goes beyond the ICA’s January report. It’s unclear if the reference is linked to a February 16, 2018 indictment by special counsel Robert Mueller for crimes related to the Internet Research Agency, a Russian troll organization, or another matter.

Senate Intelligence Committee Chairman Richard Burr (R-N.C.), who has been under pressure from Trump and his defenders to wrap up the body’s investigation, has been releasing findings piecemeal. Senate aides privately say the rolling releases reflect Burr’s attempt to conclude less controversial matters quickly, while avoiding conflict with Trump and his backers. The panel previously issued election security recommendations, and separately announced that it concurs with the intelligence community finding that Russia tried to help Trump.

But the toughest challenge yet may be when the committee releases its findings on alleged coordination between the Trump campaign and Russia. The panel has not set a date for that release, which unlike today’s report, is likely to divide Democratic and Republican senators.