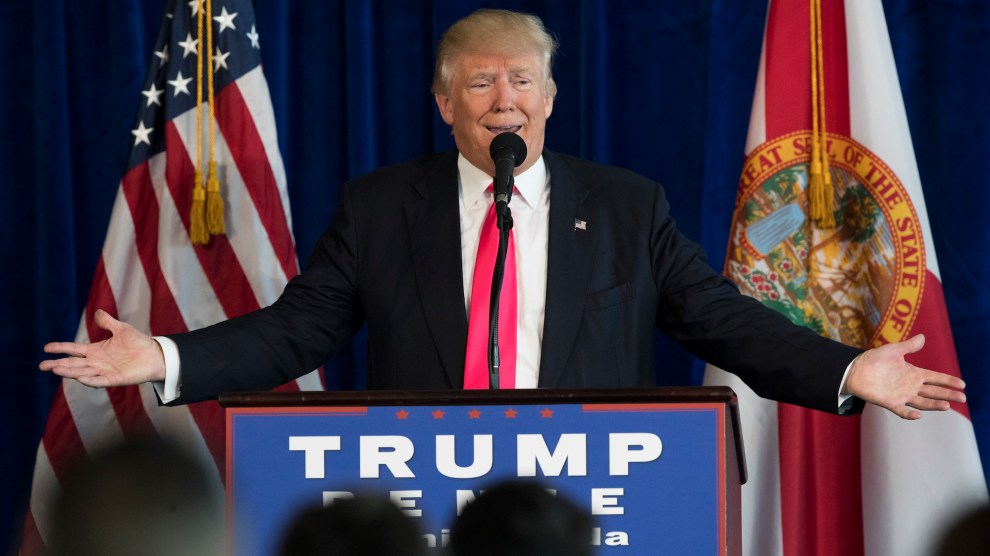 “Russia, if you’re listening, I hope you’re able to find the 30,000 emails that are missing,” Trump said during a Florida press conference, referring to emails that Clinton had deleted from the personal server she used while serving as Secretary of State. “I think you will probably be rewarded mightily by our press.”

Donald Trump: "Russia, if you're listening, I hope you're able to find the 30,000 emails that are missing."https://t.co/XHc9hh4gBt

“On or about July 27, 2016, the Conspirators attempted after hours to spearphish for the first time email accounts at a domain hosted by a third party provider and used by Clinton’s personal office. At or around the same time, they also targeted seventy-six email addresses at the domain for the Clinton campaign.”

The indictment doesn’t say whether the particular hack was undertaken by the Russians in response to Trump’s statement. Indeed, the indictment—which more broadly outlines the campaign by a dozen Russian intelligence officers to hack and disseminate Democrats’ emails in 2016—notes Russia began targeting Clinton campaign volunteers and employees at least as early as March 2016.

But the efforts on or around July 27, according to prosecutors, marked the first time the hackers targeted private email accounts of campaign staff. That effort succeeded. The Russian hackers gained access to Clinton campaign chair John Podesta’s Gmail account and disseminated the stolen emails through WikiLeaks in October 2016.

Trump and his defenders have said his July 27 statement was a joke. Friday’s indictment offers a new suggestion that Russia might have not have seen it that way.