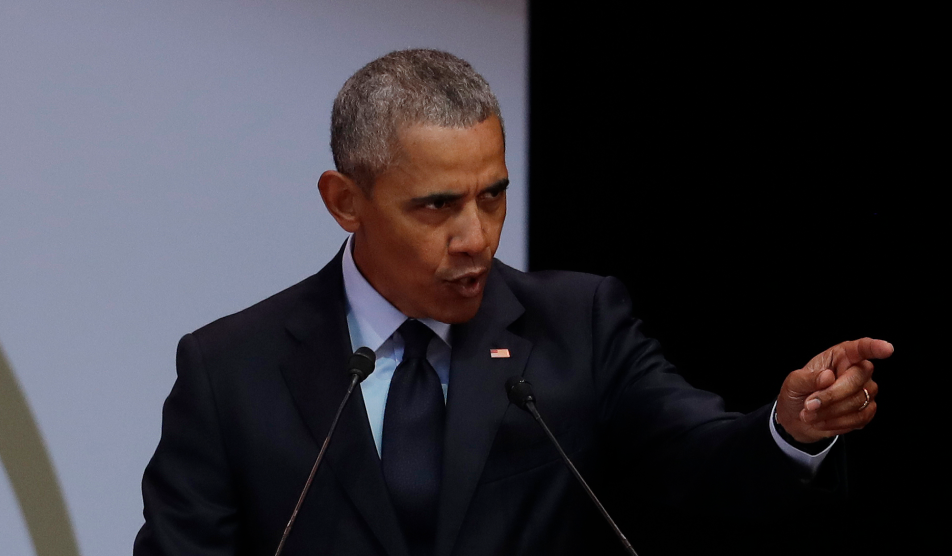 In his first major speech since leaving office, former President Barack Obama issued a stern warning against the rise of “strongman politics,” while urging the world to choose a democratic vision based on equality and justice in response to such threats. The former president was speaking from an event in South Africa honoring Nelson Mandela, which came just one day after President Donald Trump openly sided with Russian President Vladimir Putin over US intelligence agencies.

“Look around. Strongman politics are ascendant suddenly,” Obama said. “Elections and some pretense of democracy are maintained, the form of it, but those in power seek to undermine every institution or norm that gives democracy meaning.”

He also denounced the current erosion of facts and the politicians who knowingly spread misinformation. “We see the utter loss of shame among political leaders where they’re caught in a lie and they just double down and they lie some more,” Obama said. “It used to be that if you caught them lying, they’d be like, ‘oh man!’ Now they just keep on lying.”

In keeping with his previous remarks since leaving the White House, Obama did not mention Trump by name. But the primary target of his criticism was clear.

The speech concluded on an optimistic note with Obama’s signature vision of hope, as he urged the world to seek the path of past leaders, such as Mandela, Gandhi, Martin Luther King Jr., and Abraham Lincoln.

“I believe in a vision of equality and justice and freedom and multi-racial democracy based on a premise that all people are created equally.” He added, “I believe we have no choice but to move forward, that those of us who believe in democracy and civil rights have a better story to tell.”