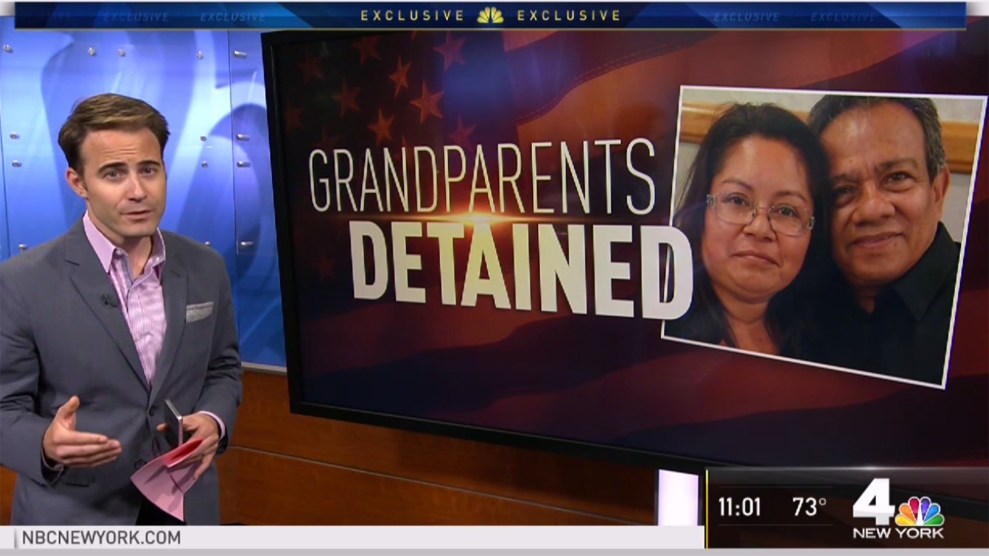 Via NBC New York, here’s another story that illustrates why frustrations with the federal government’s immigration enforcement have boiled over in recent weeks. Concepcion and Margarita Silva, both Mexican-born Brooklyn residents, drove up to the Army base at Fort Drum, near the Canadian border, to spend the Fourth of July with their son-in-law before he was deployed to Afghanistan for a third time. Instead, they were stopped by Border Patrol agents and taken to a Immigration and Customs Enforcement detention center:

“He’s about to be deployed again while my sister is pregnant, and he works so hard for his country, and he loves his country so much,” said Perla Silva.

Both Margaret and Concepcion Silva had NYC IDs, a form of government ID that’s supposed to help immigrants avoid these kinds of situations. It’s the second story in as many months about an immigrant being detained on a routine visit to a military base. In June, an Ecuadorian man, Pablo Villavicencio, was arrested while attempting to deliver a pizza to Fort Hamilton in Brooklyn. Villavicencio has been kept at a New Jersey detention center as he awaits his court hearing later this month, and his two daughters and wife, an American citizen, await news of his fate.

“Each time they hear the bell ring, they run over and say, Daddy’s home,” Villavicencio’s wife, Chica, told the New York Daily News.