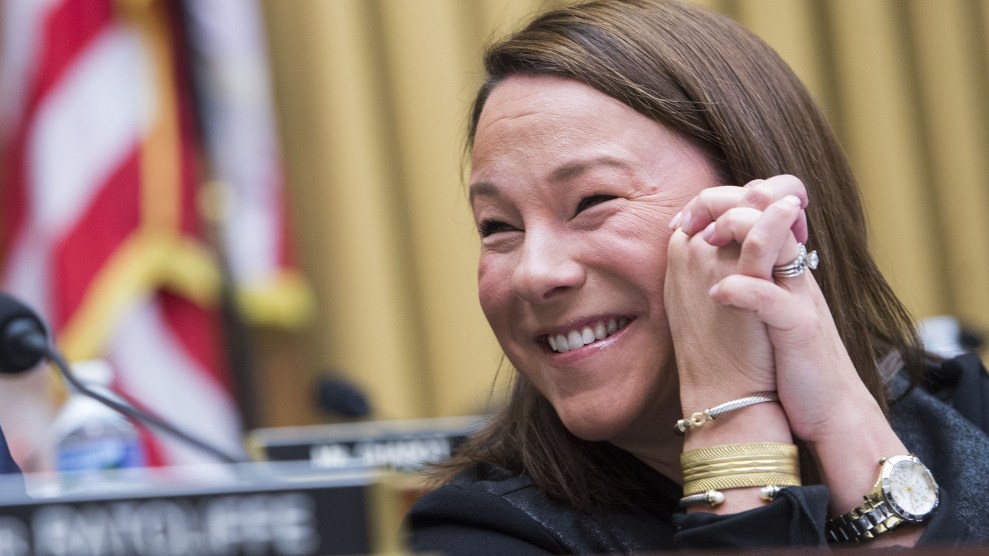 After an unusually fractious debate among Republicans about Rep. Martha Roby’s fealty to President Donald Trump—which resulted in a bitter runoff for the GOP nomination Alabama’s 2nd Congressional District—Roby has defeated former Rep. Bobby Bright to officially clinch a spot on the November ballot.

Roby, the four-term incumbent, failed to win a majority of the Republican vote last month, setting the stage for Tuesday’s runoff. Under normal circumstances, she would have been poised to secure the Republican Party nomination on her first try. But there were other factors this time around. In October 2016, she did something radical—at least for a modern Republican—for which she’s since been labeled a traitor: She said could not vote for Donald Trump for president in the wake of the infamous Access Hollywood tape. “I cannot look my children in the eye and justify a vote for a man who promotes and boasts about sexually assaulting women,” the Alabama congresswoman said at the time.

Shocking, right? Roby’s opponents certainly thought so, and they’ve been eager to use it against her in the primary race to position themselves as the true, dyed-in-the-wool Trump Republicans. However, last month, Roby managed to secure the endorsements of Trump and Vice President Mike Pence.

Congresswoman Martha Roby of Alabama has been a consistent and reliable vote for our Make America Great Again Agenda. She is in a Republican Primary run-off against a recent Nancy Pelosi voting Democrat. I fully endorse Martha for Alabama 2nd Congressional District!

Even those endorsements didn’t stop Bright from trying to use her own words against her. Bright, a former Democrat who represented the district until Roby unseated him in 2010, released an ad following a Fox News interview last week in which Roby said she had “no regrets” about her 2016 stance.

“Martha Roby is doubling down on her disloyalty to the president and the Republican Party,” said an ominous voice in the ad. “A vote for Martha Roby is a vote for open borders, a vote for abortions, a vote for higher taxes.” Nevermind that Roby has in fact expressed support for Trump’s border wall, is staunchly anti-abortion, and voted in favor of the Republican tax plan last year. Roby has a record of voting with the Trump White House 97 percent of the time, according to FiveThirtyEight.

Roby will now face off against political newcomer Tabitha Isner, the Democratic nominee who has served as a minister in the Christian Church.