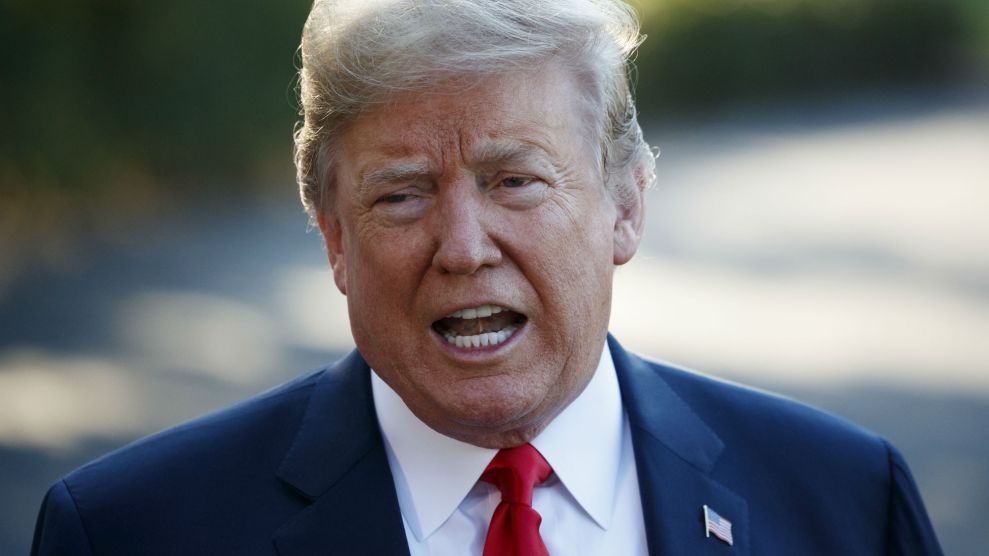 While leaving the White House on Tuesday to travel to Europe for a week of meetings with NATO allies and, later, a Finland summit with Russian president Vladimir Putin, President Trump made an odd pronouncement: that his upcoming meeting with Putin would be the easiest of the bunch.

“So I have NATO, I have the UK—which is somewhat in turmoil,” Trump told reporters. “And I have Putin. Frankly, Putin may be the easiest of them all. Who would think?”

When asked if he thought Putin was a friend or a foe of the United States, Trump said, “As far as I’m concerned, he’s a competitor.”

Given the ongoing federal investigation into Russian election interference, Trump’s relative ease at meeting with the Russian leader—and his reluctance to acknowledge that Putin is an American adversary—is pretty foolish. So much so, in fact, that even Russian state TV—heavily controlled and funded by the Kremlin—made fun of Trump’s pronouncement in a Tuesday segment on the local talk show 60 Minutes. Trump’s belief that meeting with Putin is no big deal, they said, is “at war with common sense.”

The host Olga Skabeeva opened the segment with footage of Trump and Melania getting on their Europe-bound plane together, holding hands. “Trump, having reconciled with Melania, seems to be fighting with the world and with common sense, saying that NATO and the UK are worse than Putin, and that Putin is not an adversary,” she said.

She added that “Trump is also bringing Putin a ‘little’ present—why ‘little,’ I don’t know.” (Skabeeva seems to have mixed up, perhaps intentionally, Trump’s plans to give a gift to North Korean leader Kim Jong-un.) Later in the show, Skabeeva joked that perhaps Trump’s little gift for Putin is, in fact, Ukraine.

The full clip, in Russian, is below: