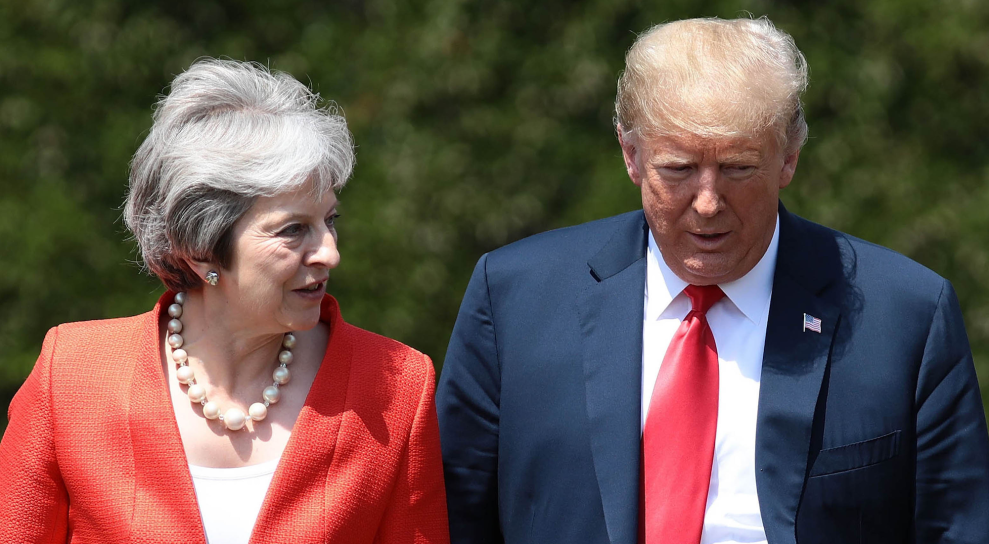 President Donald Trump claimed that he never criticized British Prime Minister Theresa May just hours after a British newspaper published an interview where the president attacked May’s plan to leave the European Union, saying it could threaten trade deals with the United States. Trump instead called the interview “fake news” because it didn’t include remarks he said he made in praise of May.

The Sun released audio of the on-the-record interview, which did include such positive comments.

During a joint press conference with May at Chequers, the prime minister’s country retreat, a BBC reporter asked Trump if his remarks were “really the behavior of a friend?”

Trump responded, suggesting that the recording of the interview would vindicate him: “I have a lot of respect for the prime minister. Unfortunately there was a story that was done which was generally fine, but it didn’t put in what I said about the prime minister, and I said tremendous things. Fortunately, we tend to record stories now so we have it for your enjoyment.”

“We record when we do with reporters, it’s called fake news. And we solve a lot of problems with the good old recording instrument,” he added.

The Sun‘s explosive interview on Thursday was a significant embarrassment to May, who had just hosted a lavish dinner in honor of Trump’s first official trip to the United Kingdom, and who is working to cement trade deals with the US ahead of Brexit. After telling the newspaper that May’s approach to Brexit could “kill” a potential trade deal with the US, Trump attempted to walk the comment back in the joint news conference. “I don’t know what you’re going to do, but whatever you’re going to do is OK with me,” he said. “Just make sure you can trade with us, that’s all that matters.”

At the press conference, Trump stood by a portion of the broader interview he called “fake news,” defending his statement to the Sun that immigration is destroying the “cultural fabric” of Europe.

“I think it’s been very bad for Europe,” he reiterated to reporters on Friday. “I think what has happened is very tough.”