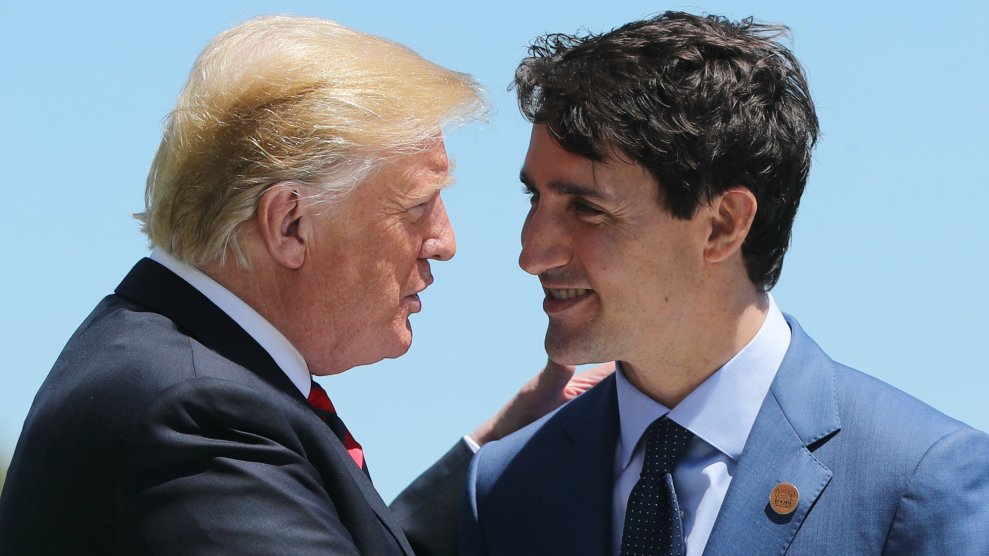 Canada officially implemented tariffs on about $12.5 billion worth of US goods Sunday, the latest offensive in the growing trade battle between the United States and other major economic powers. US exports of steel and other metal products now face a 25-percent tax, while other products—such as milk, ketchup, beef, and yogurt—will be taxed at 10 percent.

The tariffs come in direct response to the Trump administration’s own tariffs on Canadian steel and aluminum, which have also affected Mexico, China, Turkey, India, and the European Union. Canadian officials first announced the new tariffs on Friday.

“We will not escalate, and we will not back down,” said Chrystia Freeland, Canada’s foreign minister. “It is a dollar-for-dollar response.”

Other countries have also slapped retaliatory tariffs on the United States, with the EU adding taxes on motorcycles, bourbon, and orange juice. On Monday, Harley-Davidson announced it would move some of its production overseas, citing the EU’s new tariffs on American-made motorcycles. The company’s announcement infuriated President Donald Trump:

Surprised that Harley-Davidson, of all companies, would be the first to wave the White Flag. I fought hard for them and ultimately they will not pay tariffs selling into the E.U., which has hurt us badly on trade, down $151 Billion. Taxes just a Harley excuse – be patient! #MAGA