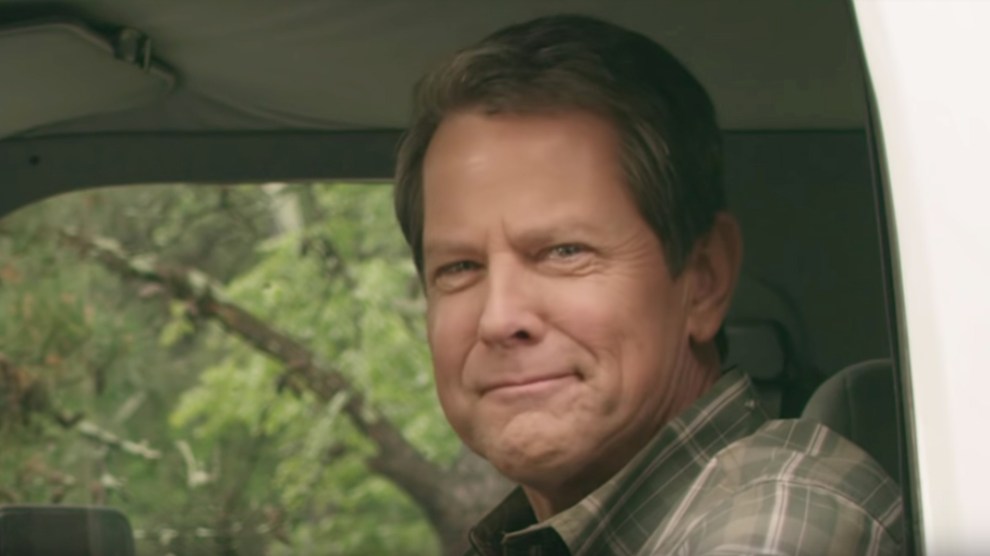 Brian Kemp wants to deport undocumented immigrants with his truck.Kemp for Governor/YouTube

After a bonkers runoff election, Brian Kemp defeated Casey Cagle in Georgia’s Republican race for governor, setting the stage for a general election that will likely be one of the most politically polarizing state races in years.

November’s race will pit Kemp against Stacey Abrams, a progressive democrat who is the first black woman to win a major party nomination for governor. Abrams is a former deputy mayor of Atlanta, state House minority leader, and romantic thriller novelist from Mississippi who defied Atlanta’s monied black political establishment and ran a campaign based on upending Democratic conventional wisdom. Rather than targeting disaffected Republicans in more rural areas of the state, Abrams is betting on a strategy of registering and turning out new voters—specifically, immigrants and people of color. And so far, that strategy is paying off: Abrams handily beat Stacey Evans in the Democratic primary, generating a slew of national headlines in the process.

The Republican primary and runoff were mostly a series of tests to see who could better appeal to Trump voters. Shortly after the Parkland massacre, when Delta airlines announced it would no longer honor certain discounts for NRA members, Cagle, the lieutenant governor, led an effort to retaliate by stripping the airline—which also happens to be Georgia’s largest private employer—of a multi-million dollar tax break. It was risky political move on Cagle’s part and threatened to turn the state’s business community against him, but it was one that appealed to the pro-gun GOP base.

Kemp, who is currently Georgia’s secretary of state, was once considered a relative long shot in the race. He ran hard to Cagle’s right, airing a series of viral ads in which he touted his arsenal of firearms and even threatened to use his truck to abduct undocumented immigrants and transport them back to their countries of origin. He described himself as a “politically incorrect conservative” and appealed to worries among primary voters that despite what Cagle said on the campaign trail, he couldn’t be trusted to uphold traditional conservative values.

Those worries were amplified after a series of damaging secretly recorded audio files were leaked to the press appearing to show that Cagle’s true views didn’t quite line up with his stated positions on issues like gun rights. Most notably, a recording surfaced in which Cagle admitted to backing a controversial education bill because of “politics” and said that supporting it prevented a rival from getting millions of dollars in support.

In the end, Kemp won overwhelming—a dramatic statement from Republican primary voters and a clear sign that in Georgia, the most extreme politics of the Trump era are on a collision course with the Resistance.