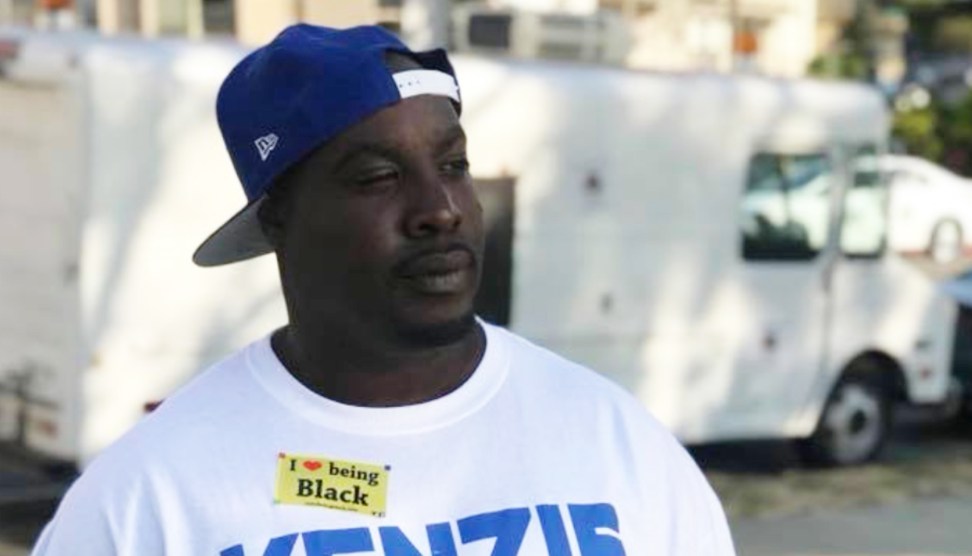 Kenzie Smith, one of two men who had police called on him by the woman the internet dubbed #BBQBecky, is running for a City Council seat in Oakland, California.

Back in April, as you may recall, “Becky”—since identified as Jennifer Schulte—called the police to report that two African American men were barbecuing with a charcoal grill in a lakeside area designated for gas grilling only.

The #BBQBecky affair—which went viral thanks to a video posted by Smith’s wife—was part of a recent string of “doing X while black” incidents that lit up the internet. The Oakland encounter prompted memes and local protests, as well as #BBQingWhileBlack events—organized, in part, by Smith—in the very spot where Schulte sought to shoo the men away.

Not long after Smith’s run-in with Schulte, an Oakland council member nominated him to a position on Oakland’s Park and Recreation Advisory Committee. Smith, 37, now says he has also filed the paperwork to vie for council in District 2, where he’ll face an uphill battle against incumbent Abel Guillen and local housing activist Nikki Bas Fortunato.

But Smith, the brother of Bay Area rap legend Mistah F.A.B., has strong local connections. He and his wife, Michelle Snider, are the co-founders and co-owners of Dope Era Magazine, a local music and culture magazine. Through Dope Era and his work with other community groups, Smith, a lifelong East Bay resident, has helped organize a range of initiatives, including resource drives for the homeless, backpack drives for Oakland schoolkids, hygiene kit drives, and STI testing events. He recently helped raise more than $14,000 for a local homeless man targeted in another viral incident—a video showed a jogger throwing the man’s belongings into the trash and the lake. (Smith told Mother Jones he is now trying to help the man find an apartment.) He and his friend from the barbecue encounter, Smith says, also hope to launch a nonprofit that will focus on youth job and leadership training.

Since announcing his council ambitions in June, Smith has officially declared his candidacy, begun collecting the signatures he needs to accept campaign donations, and started building a campaign staff. His platform, he told Mother Jones, will focus on homelessness and renters’ rights—key Bay Area issues—as well as education and jobs for youth.

Smith campaigned publicly for the first time on Sunday at the most recent #BBQingWhileBlack event in Oakland, where he shook hands and mingled with residents in a T-shirt that read, “Kenzie Smith: City Council for District 2.”

Smith’s competitors launched their campaigns last year and have tens of thousands of dollars in the bank, which could put a damper on Smith’s chances in November. But winning isn’t necessarily his goal. “Win, lose, or draw, it doesn’t really matter. That’s not what it’s about,” he says. “What it’s about is trying to get these young voters to vote, to actually have their voice heard, and also to continue to inspire the younger generation to say, ‘If he can do it, then I can do it, too.”