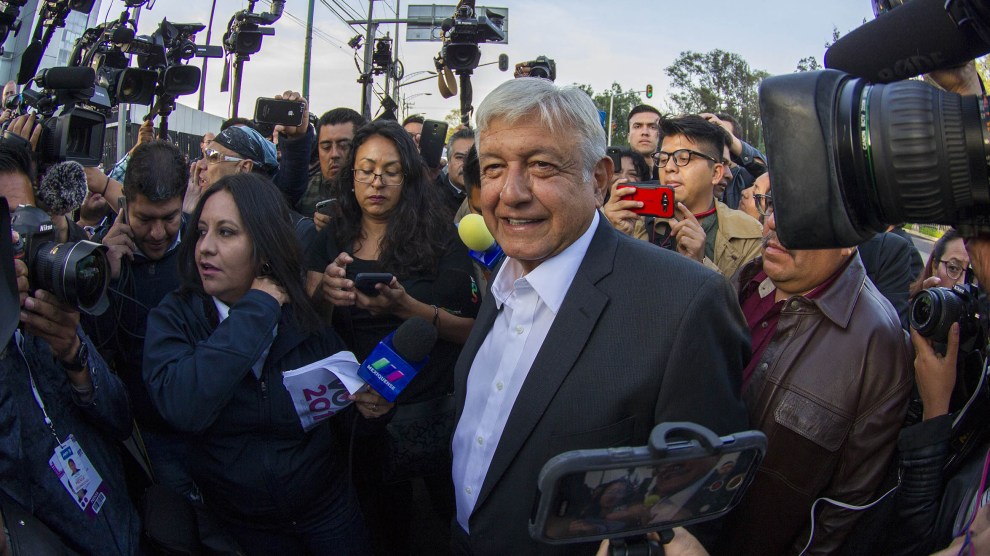 Mexican voters on Sunday elected leftist candidate Andrés Manuel López Obrador as their next president, sending a strong rebuke to Enrique Peña Nieto, the country’s current president, whose popularity has tanked amid rampant violence and corruption. Exit polls had López Obrador winning a “landslide victory,” according to the New York Times, far ahead of the second place Ricardo Anaya, who was the candidate of an unusual coalition of parties from the left and right. Juan Antonio Meade, the candidate of the currently ruling PRI party, finished third.

López Obrador, widely known as AMLO, will take over on December 1, 2018. The election was the largest in the country’s history, with roughly 3,000 seats up for grabs at the local, state, and national levels.

Some have drawn parallels between AMLO, who is 64 years old, and President Donald Trump. Both campaigned as populists, displaying nationalist tendencies. Obrador, like Trump, has painted himself as an outsider who is singularly positioned to purge the Mexican government of corruption and waste, and vows to fight the criminality endemic in Mexican governmental institutions. And AMLO has advocated a Mexico-first style policy he refers to as mexicanismo. But the two are ideological opposites—AMLO is a leftist who has pledged to re-think foreign corporations’ oil contracts, discuss amnesty for those in the drug trade in pursuit of peace, and better protect Central American migrants as they move north through Mexico toward the US border.