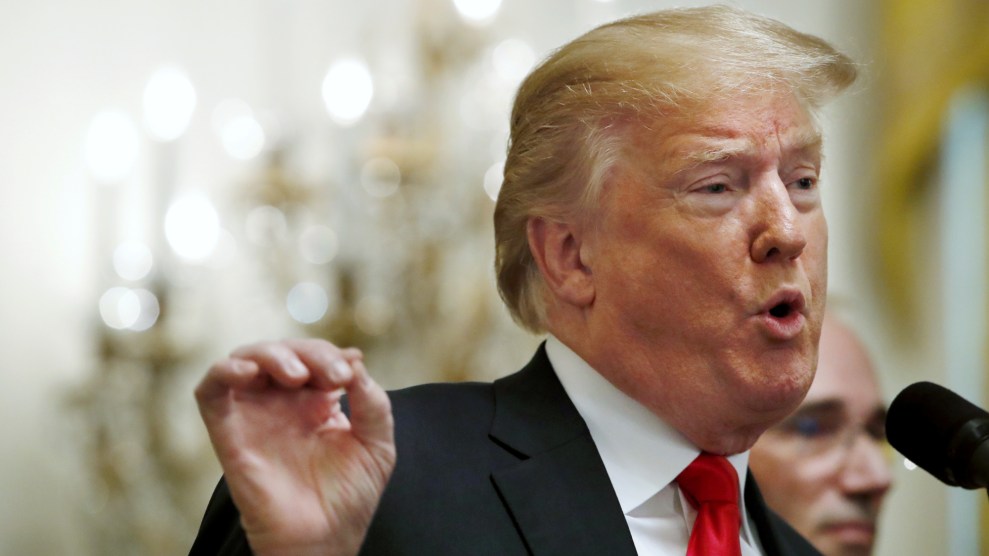 President Donald Trump on Sunday lashed out at Democrats and activists who have called for abolishing or replacing the Immigration and Customs Enforcement agency. ICE agents “are the guys that go in and take MS-13, and they take them out,” said Trump, referring to the violent Salvadoran gang, during an interview with Fox News. “You get rid of ICE, you are going to have a country that you’re going to be afraid to walk out of your house.” Trump’s comments come after a day of widespread protests against the administration’s family separation policies.

Trump added that Democrats would be “beaten so badly” if they campaign on the issue, and he said in a tweet that without ICE, “crime would be rampant and uncontrollable.”

The Liberal Left, also known as the Democrats, want to get rid of ICE, who do a fantastic job, and want Open Borders. Crime would be rampant and uncontrollable! Make America Great Again

Trump’s insinuation—that without ICE’s deportation efforts, undocumented immigrants would be responsible for a massive crime wave—is almost certainly wrong. Despite his constant attempts to tie immigration to crime, the idea that increased immigration causes crime is largely a myth. Moreover, while the administration has ramped up arrests of undocumented immigrants, statistics show that a growing number of those immigrants have no criminal records or convictions.