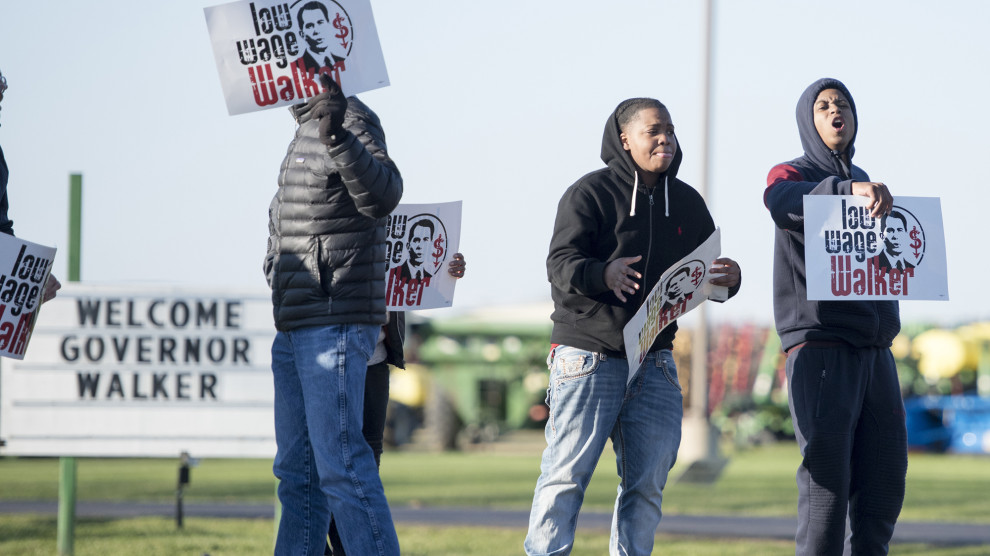 While Republicans held on to an open assembly near Madison that was also on Tuesday’s ballot, the defeat was a major rebuke to Republican Gov. Scott Walker. As energized Trump-era Democrats won special elections in unexpected districts across the country earlier this year, Walker had refused to schedule the elections until three different judges ordered him to do so.

The seats became open in December 2017 after two Republican members of the Legislature joined Walker’s administration. Walker said he wouldn’t schedule elections to replace them, claiming it would be a waste of money because the Legislature was set to adjourn in the spring. A Democratic group led by former Attorney General Eric Holder sued Walker, and on March 22 Dane County Circuit Court Judge Josann Reynolds ruled that the governor had a “plain and positive duty” to hold the elections. Republican legislative leaders then attacked Reynolds as an “activist Dane County judge,” even though she was appointed by Walker in 2014, and announced they would reconvene to pass legislation allowing the governor not to schedule the elections.

Meanwhile, Walker went back to court to ask for more time to postpone the elections, only to face two further rulings that he was constitutionally required to schedule them. “Representative government and the election of our representatives are never ‘unnecessary,’ never a ‘waste of taxpayer resources,’ and the calling of the special elections are, as the governor acknowledges, his ‘obligation,’” Court of Appeals Judge Paul Reilly, a Republican, ruled March 28. Walker then dropped his appeal and scheduled the elections.

This is the second special election Wisconsin Democrats have won this year. In January, Democrat Patty Schachtner pulled off a shocking upset by 11 points in a northwest Wisconsin state Senate district that had been in GOP hands since 2000, and that Trump carried by 17 points. Walker called it a “wake-up call,” and subsequently refused to schedule further special elections. Democrats need to win two more seats to retake the Senate chamber in November.