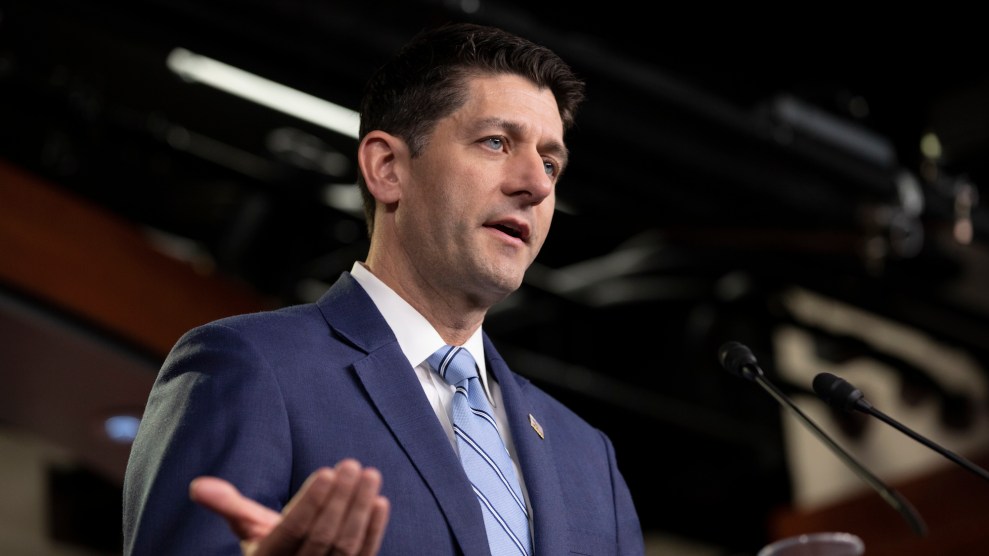 Last week, House Speaker Paul Ryan (R-Wisc.) drew criticism after he claimed to have no knowledge of the many scandals currently plaguing EPA Administrator Scott Pruitt. Pruitt has come under fire for deploying his government staff or security detail to do everything from trying to get his wife a Chick-fil-a franchise to inquiring about buying a used mattress from the Trump Hotel, to fetching him his favorite pricey moisturizer. He’s facing more than a dozen federal inquiries into his spending and management at the agency. But when asked about Pruitt’s scandals during his weekly news conference at the Capitol, Ryan told reporters, “Frankly, I haven’t paid that close attention to them. I don’t know enough about what Pruitt has or has not done to give you a good comment.”

The internet had a field day with Paul’s comments—which weren’t the first time he’s pleaded ignorance. But we at Mother Jones did some digging to see if we could find out why the most powerful man in the House of Representatives seemed so oblivious to news that’s been the talk of the town for weeks. And we think we’ve found the answer: He was too busy making dad jokes.

In preparation for Father’s Day, Ryan sat down with Rep. Patrick McHenry (R-N.C.) and made a video in which they try to crack each other up with absolutely terrible jokes. A sampling:

McHenry: Did you know that French fries weren’t originally cooked in France?

McHenry: They were cooked in grease.

You can watch the whole yuk fest here: