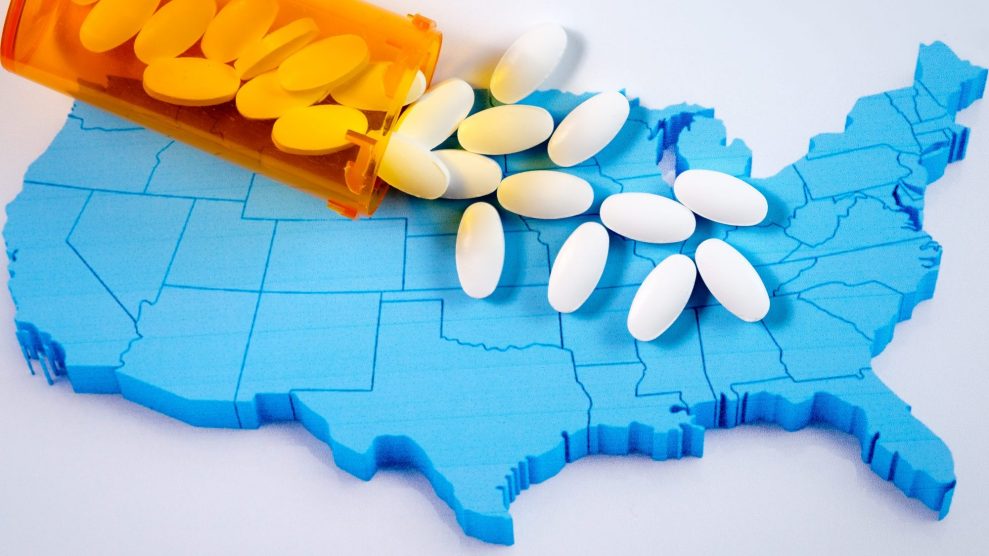 The report, published in the Journal of the American Medical Association, gathered data at the county level showing a correlation between Trump voters and the drug epidemic. “Support for the Republican candidate in the 2016 election is a marker for physical conditions, economic circumstances, and cultural forces associated with opioid use,” the authors say.

The study identified factors that contribute to high levels of opioid abuse in areas like Appalachia and the Rust Belt. These include income inequality, unemployment, poor education, and lack of access to healthcare. But the “commonly used socioeconomic indicators do not totally capture” all the forces driving the epidemic or explain why it is so concentrated in particular areas, they note.

The JAMA study relied on Medicare prescription data from nearly 4 million Americans across most counties in the country. The researchers looked at how many people in each county were given opioid prescriptions lasting 90 days or longer, and checked those numbers against vote counts from the 2016 election. In nearly 700 counties with opioid prescription rates that were significantly higher than the average county rate, according to the study, voters backed Trump at a 21 percent higher rate than in counties with significantly lower rates of opioid use.

The Centers for Disease Control has reported that in 2016 at least 42,000 people died of opioid overdoses in the US (which may be a low estimate). About 40 percent of these deaths involved prescriptions.

Keith Humphreys, a public health and drug policy expert at Stanford, says that the results support the theory that Trump did well in what researcher Kathleen Frydl has referred to as the “Oxy Electorate,” a portion of the population that Humphreys says “is stricken not only with opioid overprescribing, but also heavy drinking, social isolation, and declining job prospects.”

Trump has taken little substantive action to address the nation’s opioid epidemic. In fact, his administration’s efforts to undermine Obamacare have the potential to seriously harm this afflicted part of his base.

“The question I am left with,” Humphreys says, “is how can the government help addicted people who live in places where the dominant politics center on hatred of the government.”